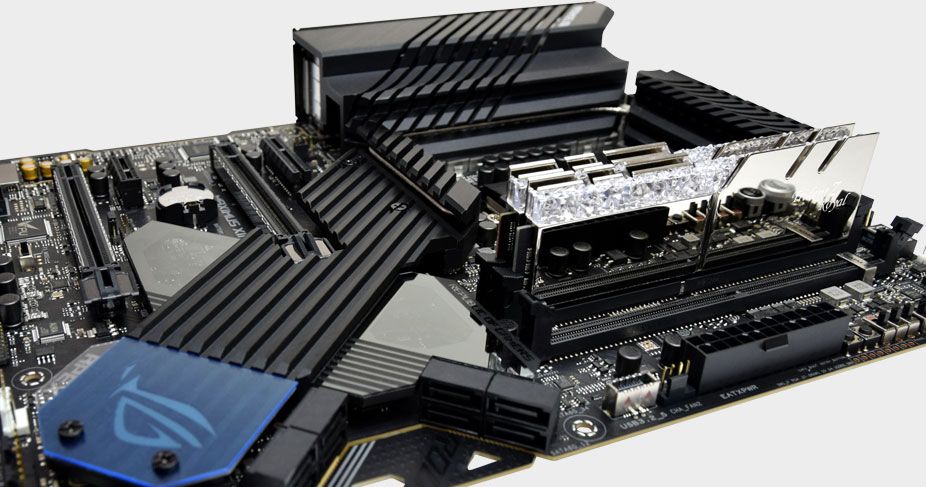 Had you asked me last year if I DDR4 RAM had a chance of hitting a speed as fast as 7GHz before DDR5 entered the mainstream market, I would have said probably not. At the time, overclockers and memory makers were still in a protracted race to make it to 6GHz. G.Skill won that race in September, and now eight months later, it owns a new memory frequency record at DDR4-6666. Now I’d be surprised if it didn’t hit 7GHz by the end of the year.

Intel’s Z490 platform for Comet Lake gets an assist trophy, as does Asus—the record RAM frequency was achieved in an Asus ROG Maximus XII Apex motherboard paired with a 10th generation Core i9 10900K processor.

G.Skill stated in a press release that it worked closely with the Asus ROG team on setting the record, as recognized by HWBot. The announcement comes a day after G.Skill revealed it is also readying several new high-speed memory kits—up to DDR4-5000—validated for Z490 motherboards. Those you’ll be able to buy, without needing any fancy overclocking expertise.

I have my doubts we will see a DDR4-6666 memory kit offered for sale, as G.Skill alludes to having used liquid nitrogen to achieve that speed (LN2 was definitely used on the CPU, and I imagine the same is true of the RAM). The only other DDR4-5000 kit on the market is a 16GB kit from Corsair, which is priced around a thousand dollars. Pricing on a DDR4-6666 memory kit, if it ever exists, would be even more bonkers.

That said, it’s nice to see G.Skill engaged in the overclocking scene, even if these kinds of records aren’t feasible for everyday use today. Meanwhile, mass production of DDR5 RAM will likely start in 2021.