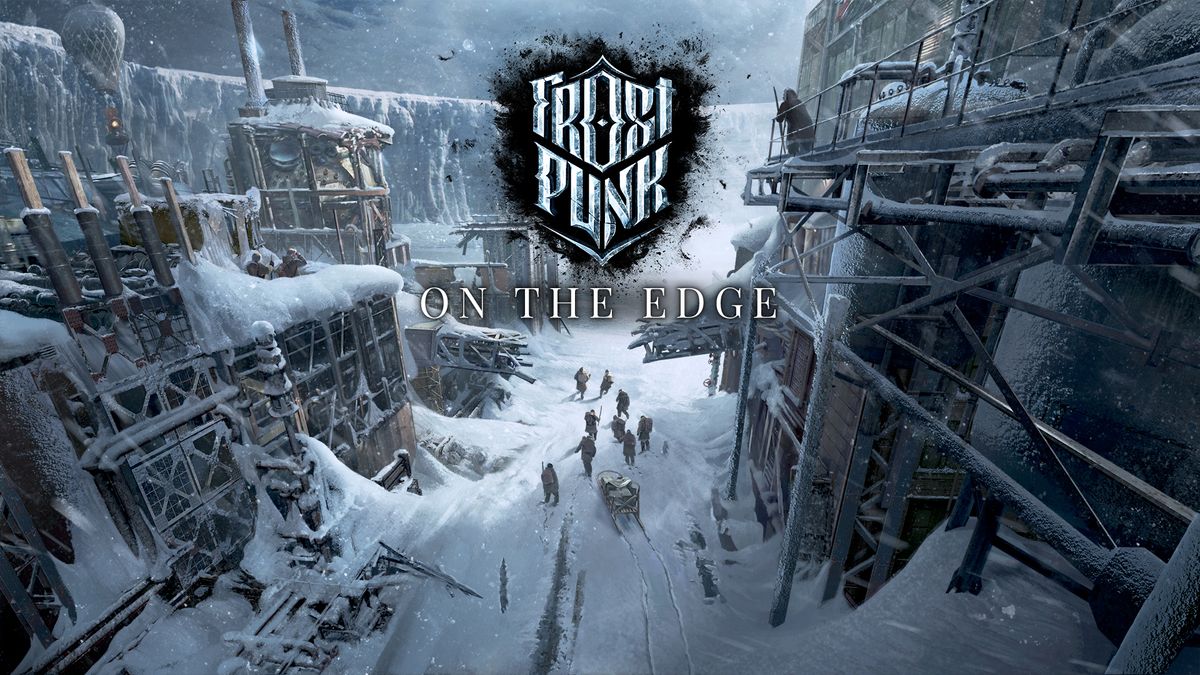 Cold and grim colony builder and survival strategy Frostpunk’s final expansion is headed our way this summer, and Project TVADGYCGJR, as it’s been called, has a new teaser. It also has a new name, and thankfully it’s one that’s a bit easier on the tongue.

Frostpunk: On The Edge is what the expansion is being called now. The teaser, as you can see above, doesn’t give us a whole lot to unpack. There’s snow, which isn’t a surprise. But a press release from developer 11 Bit Studios fills in a few blanks.

On The Edge takes place after the massive, deadly storm hits New London at the end of Frostpunk’s campaign, but just because you and your shivering society survived that brutal blizzard, it doesn’t mean everything’s suddenly hunky-dory.

“The people face new challenges that are catalysts to spark up divisions, new problems, and conflicts based on the fact that people might have different points of view, different perspectives,” says lead designer Maciej Sułecki. “This is the Edge that you will face as the leader of the society that survived the great snowstorm of Frostpunk.”

The expansion will contain a new story scenario, an “array of challenges” set on a “new, desolate map” and “unique mechanics” to utilize on the Frostland map view. I’m definitely interested to learn what those mechanics are, because one of my favorite parts of Frostpunk was sending out expeditions to uncover all the secrets and mysteries outside my chilly little city. I’m curious to see what new activities they’ve added for my intrepid scouts.

Beyond that, we don’t still know a whole lot about On The Edge, though we’ll learn more as we get closer to the release date. In the meantime, stay frosty.