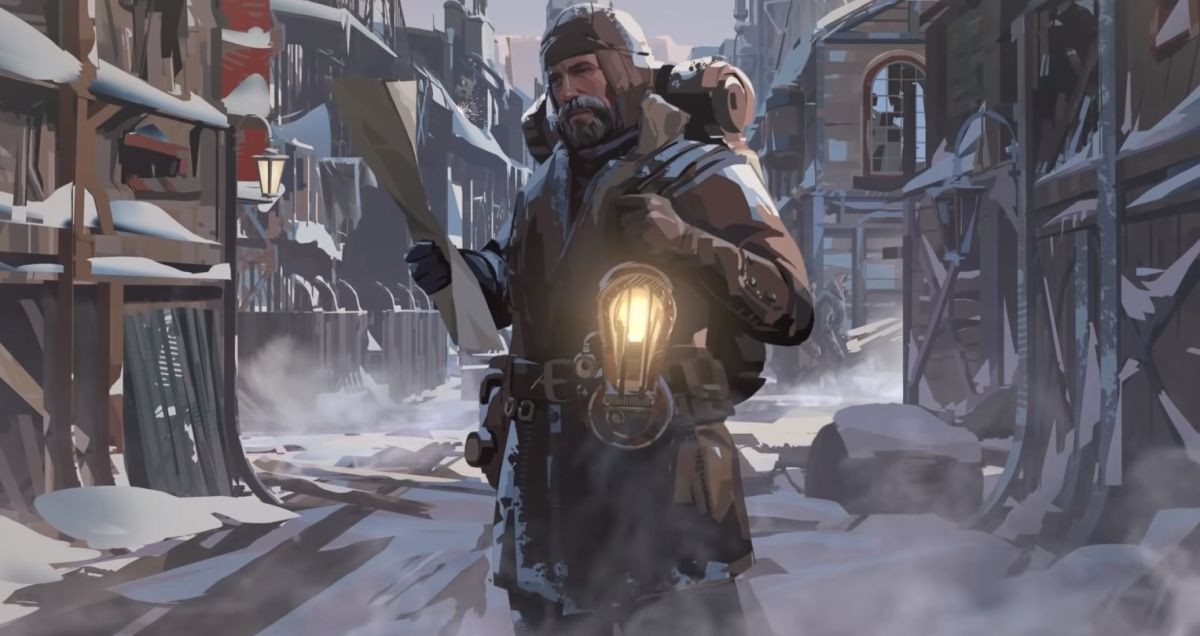 On the Edge is the third and final expansion for Frostpunk, the chilly survival management game. The last expansion took us back to before the big freeze, but On the Edge is set after the base game. New London has survived, so it’s time to expand with a new outpost in the frozen wilderness.

11 Bit Studios has released a new trailer, above, along with a release date announcement. You’ll be able to freeze your arse off once again on August 20.

After surviving the worst of the cold, the survivors discover an army warehouse that’s been exposed by the storm. That’s the impetus for the creation of this new outpost, but an army warehouse probably isn’t going to help you when people start starving. There are no animals near the outpost, but thankfully you can rely on care packages from New London. At least for a bit.

Expect more clashing ideologies as you decide how you want to adapt to the new region, which includes a brand new map and unique structures. There are new economic and diplomatic systems, too, since you’re no longer going it alone. But while New London might lend a hand, you can also fall out of favour, so you’ll need to look after the needs of your citizens and keep the capital happy at the same time.

I managed to survive Frostpunk, but I’ve got to confess I gave up when it came to The Last Autumn. I did not expect surviving the build-up to the apocalypse to be trickier than surviving the frozen nightmare following it. Maybe I’ll take another crack at it before the final expansion appears. I’ve learned a lot about surviving the pre-apocalypse recently.