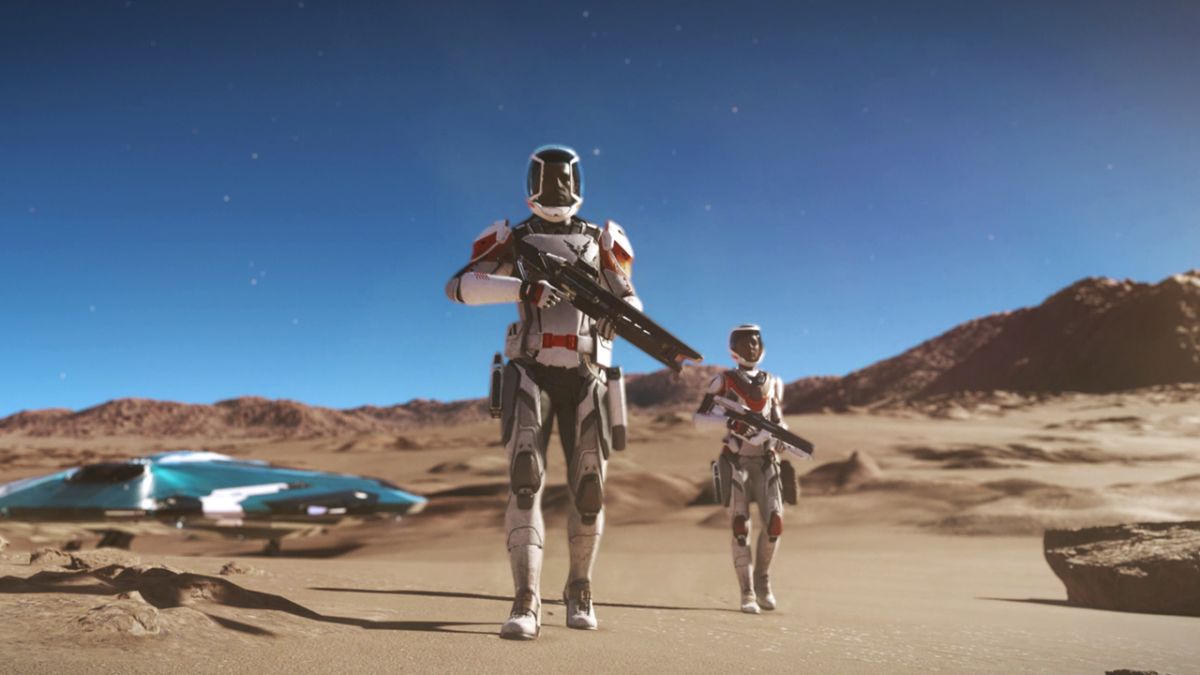 VIDEO: Watch the interview above. Also available on YouTube.

Since Elite Dangerous was first released in 2014, players have dreamed of leaving their ship’s cockpit and walking on alien worlds. And in early 2021, when the Odyssey expansion is set for release, you’ll finally be able to do just that.

“You can now, for the very first time, set foot on our planets,” game director Piers Jackson told us at the PC Gaming Show. “We’ve created the last addition, really, in terms of going from space all the way down to the planet surface. And now you can explore and interact with the environment.”

But you won’t just be sightseeing when you touch down on these planets. “We’ve taken the mission-based gameplay, the idea of forging your own path and creating your own experience, that the space game has, and we’ve transposed that right down onto the planets,” says Jackson.

“This gives players a new set of experiences. We link all the way from ground to space, so it becomes a holistic event. The design encapsulates the whole experience.”

Previously, as of the Horizons expansion, we’ve only been able to land on airless worlds and rocky moons. But now, for the first time, you’ll get to see a blue sky in an Elite game.

“For the first time you’ll have access to a whole pile of new planets, all ones with tenuous atmospheres,” says Jackson. “You can visit old planets too, and we have refreshed the visuals on them. You can be the first to actually make footfall on a planet.”

If all goes to plan and Odyssey hits its planned release date, 2021 will be a huge year for Frontier’s space sim.