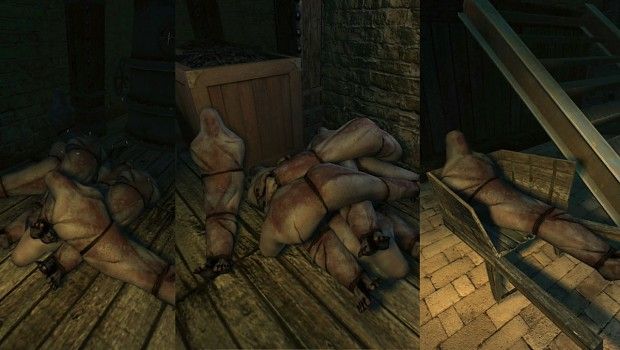 A modding feast which we once called “a tremendous achievement” has gotten more tremendous-er with a new update. The Dark Mod is a free, standalone game built in the tradition of the old Thief series using the old Doom 3 engine. It’s an engine for detailed stealth games, those about sneaking and taking more than stabbing and running. It’s part fan game and part flame keeping the original stealth game tradition alive.

The new update takes a lot of radical moves with the game’s source engine, updating all manner of fundamental renderer issues to be compatible with updates and new features from OpenGL 3.1. That’s all to say: The game is much prettier now and that is good. Particles are nicer, shadows are nicer, colors are nicer, heck, there’s even bloom. Improvements like these are vital for The Dark Mod because it’s less a full game and more a massive toolkit used to build missions with a shared set of rules.

The Dark Mod 2.08 is also the debut of a  “monster” new mission called The Painter’s Wife, a multi-year collaboration between famous mappers in the Dark Mod community. There’s a neato trailer that introduces the scenario below. You can find out more about The Dark Mod on its official website and read about the update over on ModDB.

We previously published a list of the best Dark Mod missions. Some of those surely work with the new update, right?