Four classic Anno games are being updated and re-released 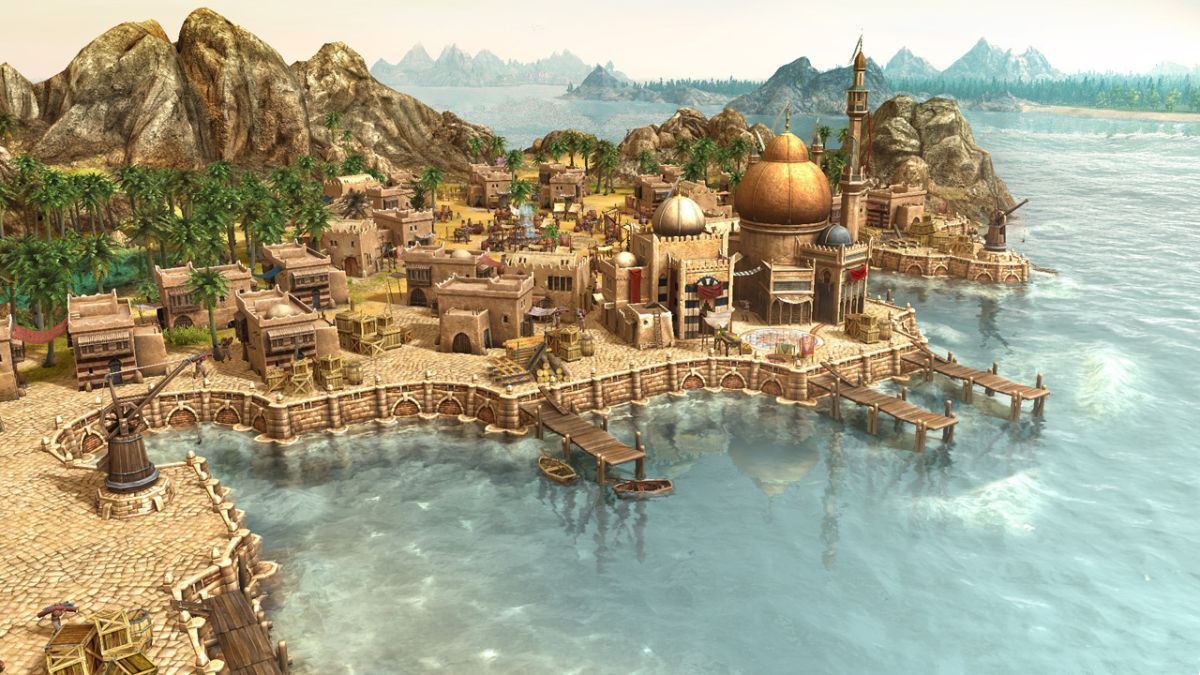 Off the back of the fantastic Anno 1800, Ubisoft is digging into its back catalogue of city-builders, sprucing up the previous, historically-focused Anno games. Anno 1602, 1503, 1701 and 1404 are all being touched up with new History Edition re-releases, each updated and optimised for modern systems. These new editions also come packaged with each game’s respective DLC, and are all being bundled together in the Anno History Collection release.

There’s a trailer, but it’s almost comically dry and uninformative.

These aren’t full remasters by any means; rather, each game is being bolstered by some modest tweaks and improvements. That includes 4K graphic options, multiplayer matchmaking, a borderless window mode and multi-screen support. More generally, each game is being updated to 64-bit to improve performance and stability. This news may not be blowing your socks off, but Anno 1404 in particular had a pretty irritating memory bug. And 1503 didn’t officially support multiplayer, so… it’s just nice, y’know?

As if to reaffirm just how little each game is changing beyond this, saves from the original versions are confirmed to still work.

Nevertheless! This is still a good way for new fans who enjoyed 1800 to check out the series’ past. Anno 1404 in particular is regarded as the highpoint, and is absolutely still worth playing today.

Because commerce is complicated, not every game will be available on every store. Uplay gets everything, understandably, including the full Anno History Collection bundle. But Steam only gets Anno 1404’s History Edition, while the Epic Game Store gets both 1404 and 1701. Presumably the original, non-History Edition versions will still be available through GOG.