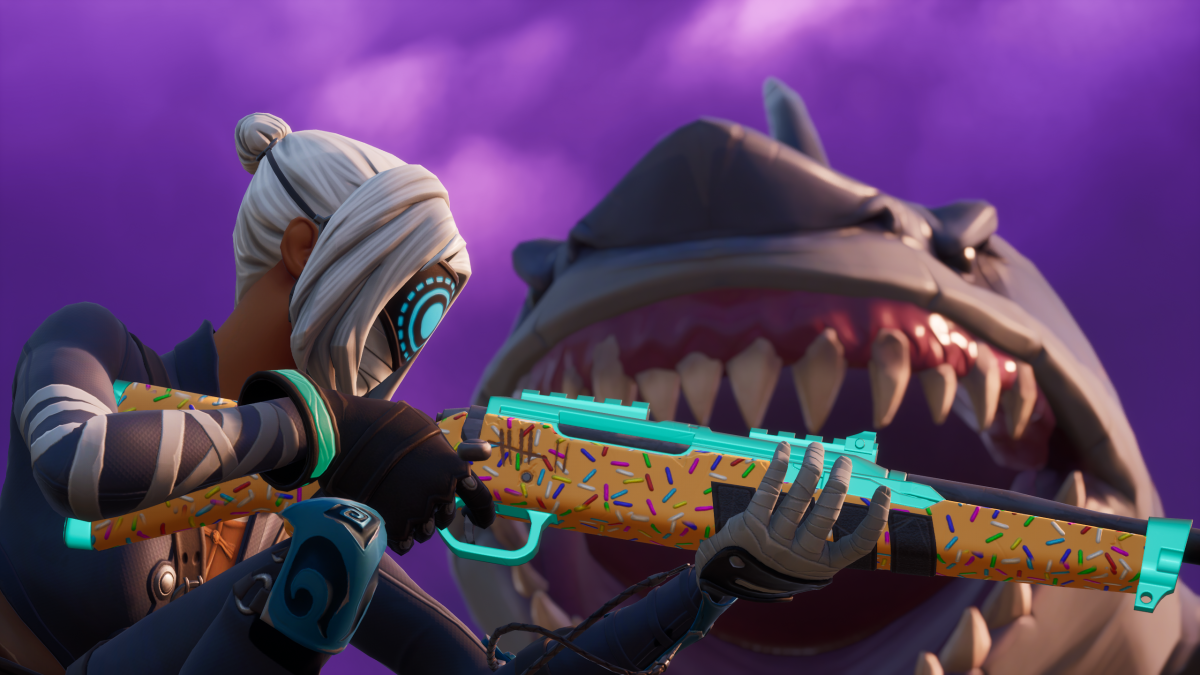 Fortnite Season 3 is here, and if you thought guards were the only NPCs you’d have to worry about, think again. With half the map now submerged beneath water, players now have to deal with huge sharks roaming the waves, looking for a tasty player to chomp on.

That would be bad enough on its own, given how valuable boats are in the new Fortnite meta, but these sharks are pulling off some ridiculous tricks that would make Jaws look like a limp-finned dork. Players have been sharing the more ridiculous feats these bloodthirsty beasts have been pulling off, and some of it is legitimately nightmare fuel. But most of it is just pretty funny.

First up, we see this player’s encounter with a shark, where no floor is safe.

This shark straight up just climbed stairs from r/FortNiteBR

One player decided to let a shark illustrate just how frustrated he is with the current meta.

The new season in a nutshell…. from r/FortNiteBR

Players have the option of using a fishing pole to turn sharks into water skis, but apparently you can also use the scootin’ emote (which puts you on a little red Vespa scooter) to turn it into a jet ski.

You can use the Scootin Emote while Shark Skiing to create a Jet Ski! from r/FortNiteBR

Another player discovered the hard way that sharks can and will chew through just about anything to get at you if you tick them off enough.

One player shared a clip of them being rodeo-whipped into oblivion from a land-dwelling shark.

Kit-senpai seemed to be having a good old fashioned game of Fortnite, until a shark spotted her from below and began to eat the building beneath her, eliciting a hilarious shriek. To be honest, I did the same thing.

So sharks have been added into Fortnite I am not happy warning *high pitched scream of terror* in this clip and my lovely NOT friend laughing at me is @thequeenofcats0 😭😭😭😭😭😭😭😭😭😭😭😭 enjoy my misery #Fortnite #SharksinFortnite pic.twitter.com/TE0htzze62June 18, 2020

Another player couldn’t even enjoy a replenishing cabbage before some jerk shark tried to steal her lunch money.

i was literally minding my own business and eating cabbages when this giant ass shark attacks me. fuck fortnite pic.twitter.com/GgsXGhcJ4PJune 17, 2020

Don’t forget to check out our other Fortnite guides, including the Aquaman challenges, our Season 3 map guide, and all the Season 3 skins.