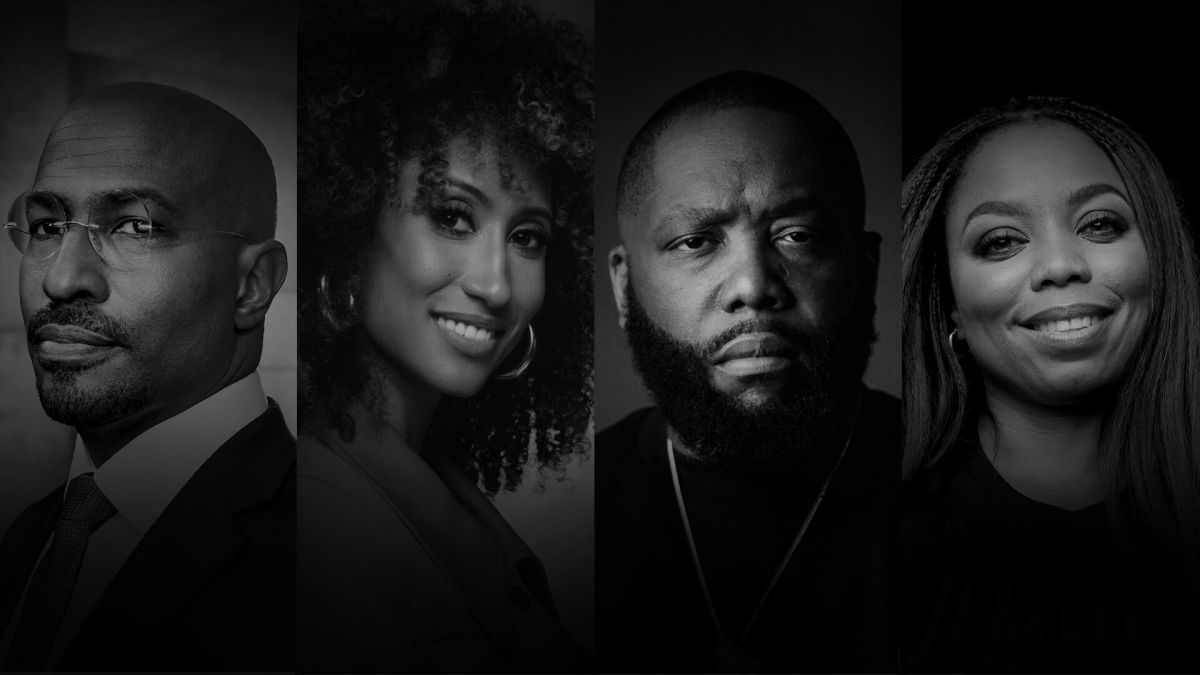 Fortnite has played host to some pretty big media events, including the international debut of a teaser for a new Star Wars flick, a Travis Scott concert that attracted more than ten million people, and a recent airing of a full Christopher Nolan film. Tomorrow, July 4, it will showcase something far more serious and important: We the People, “a series of conversations that advance the dialogue around race in America with prominent BIPOC (Black, Indigenous and People of Color) voices in business, sports, media, music, and entertainment.”

Presented by marketing firm 0pus Unlimited, “a multi-disciplined, high-performing collective of strategists, creatives, executives, athletes, and entertainers,” We the People will be hosted by Van Jones, who will be joined by former Teen Vogue editor-in-chief Elaine Welteroth, The Atlantic writer Jemele Hill, rapper, songwriter, and activist Killer Mike, and hip hop artist Lil Baby. The event will feature conversations about how to bring about changes to systemic racism in media, culture, and entertainment.

We the People will begin at 8:46 am CDT (6:46 am PT/9:46 am ET), a reference to the May 2020 killing of George Floyd by former Minneapolis police officer Derek Chauvin, who pressed his knee into Floyd’s neck for 8 minutes and 46 seconds, resulting in his death and sparking protests across the US and around the world that are still ongoing. It will be viewable in Fortnite’s Party Royale mode, on the island’s Big Screen. After the initial broadcast, We the People will be re-aired every other hour for 24 hours.