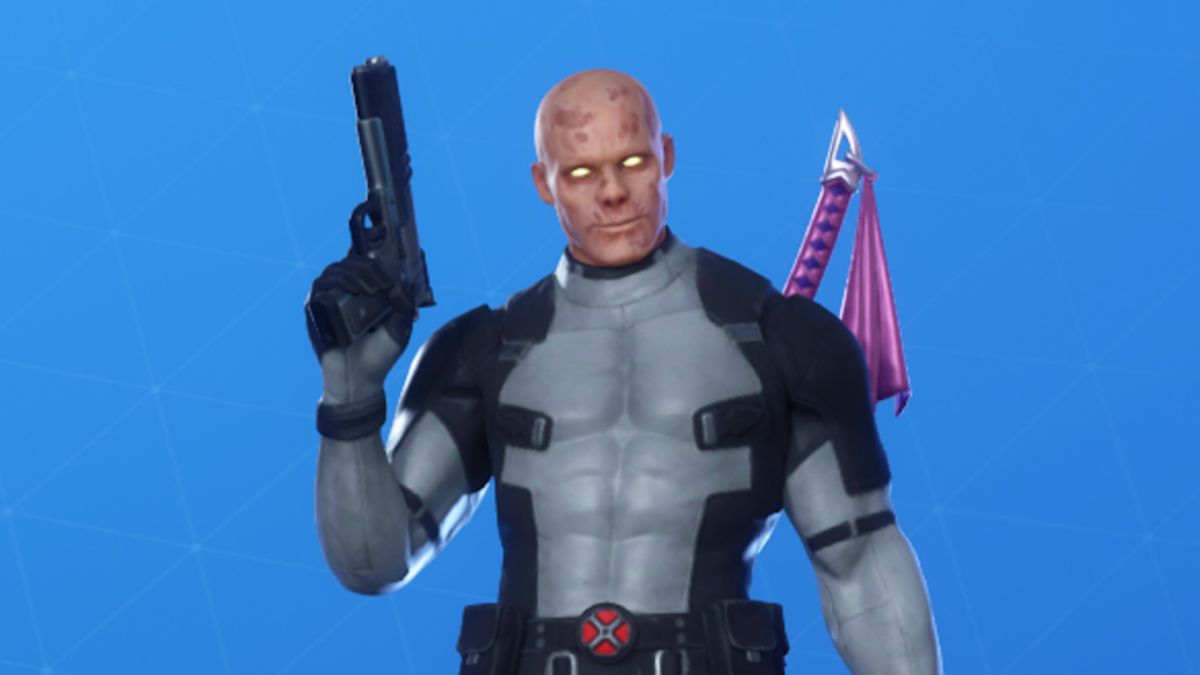 The Fortnite v12.40 update is here, and it’s bringing a handsome new face. Well, as handsome as X-Force Deadpool can get, and that’s still a mug only a mother could begrudgingly love. There’s plenty of other additions to Fortnite Chapter 2 Season 2, so read on for a complete patch notes summary.

Like most Fortnite updates, V12.40 comes with a number of bug fixes. Epic doesn’t keep an official public document of bug fixes anymore, but their Trello board does clue us into a few fixes. For one, a bug that made it so Midas’ golden touch didn’t actually turn items gold has been addressed. Other changes include:

Brand synergy is weird, and while Deadpool kind of fits with Fortnite’s kid-friendly roflcopter brand of humor, I did not expect X-Force skins to get added to the mix. Besides the silvery-gray Deadpool X-Force skin, we’ve also got classic skins of Domino (the incredibly lucky character from Deadpool 2), the telepathic Psylocke, and god dang Cable. Here’s a few pics originally dug up by Fortnite data miner HypeX.

We’ve got some brand new locations on the Fortnite map thanks to v12.40, sort of. The Shark POI has been replaced by a prison. It’s still got that awesome rock shark face cave, it’s just less of a private residence and more of a concrete mass of watchtowers. At least they’ve got a basketball court.

Notably, the prison features the Ghost faction logo. This could play a role in season 2’s meta story, with the ongoing war between Ghost and Shadow heating up.

In the center of the map, the Agency has received a small but significant update.

Surrounding the Agency are five underwater hatches. Those have been there for a little while, but now the hatches have been lit.

Back near the Shark, a small island has been added to the map, and it features what could possibly be a prison for Midas, many fans believe.

Who are they holding here….. Midas perhaps? pic.twitter.com/wlwPOCPcz6April 15, 2020

We’ve been hearing rumors of a doomsday device getting added to Fortnite, with the popular idea being that it belonged to secret agent leader Midas.

Fortnite data miner FortTory managed to find some files indicating a new LTM is likely on the way. It looks like the new mode, dubbed “Arsenic,” will be an Infection mode with special abilities, including a “growl” and “double jump.

New Playlist got added ”Arsenic”Looks like an infection LTM with abilitiessuch as ”Growl”, ”Double Jump” and more. pic.twitter.com/l7J1YXl0AjApril 15, 2020

A weapon leak shows that Fortnite players will be getting a new rocket launcher to play around with.

Codenamed “MistyBop,” this rocket launcher is most likely a response to the addition of helicopters in Fortnite. It’s certainly easier to take one down with a well-timed rocket than dumping all your ammo into one.