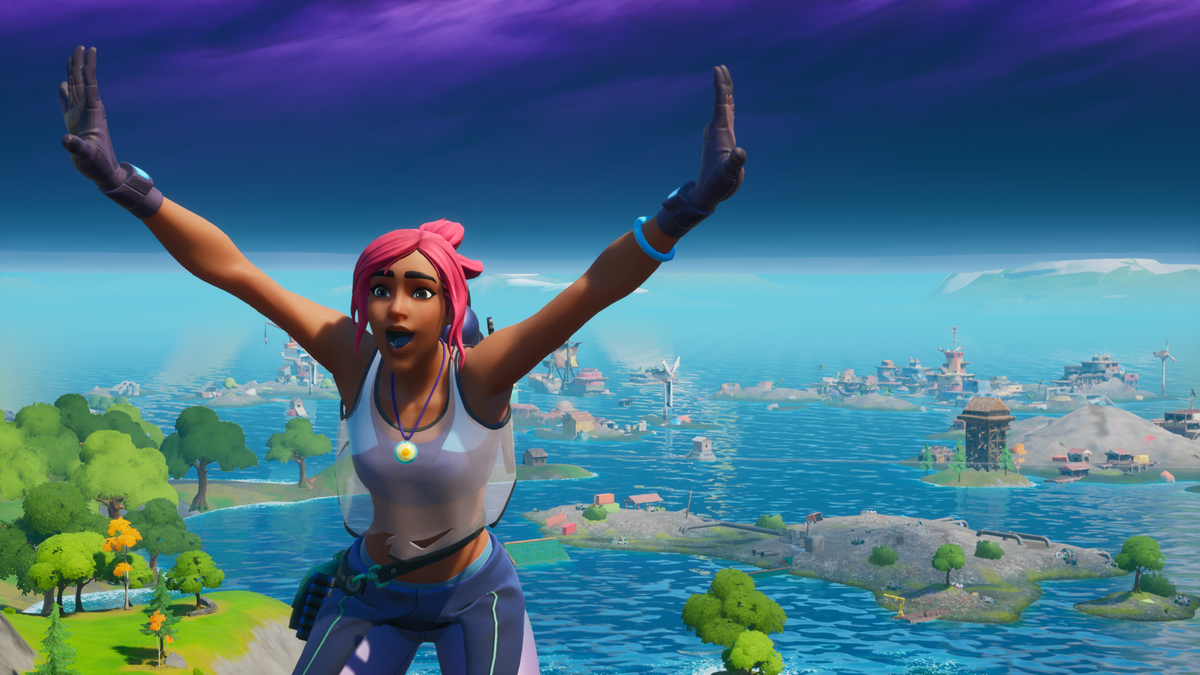 Fortnite Chapter 2 Season 3 is here and with it a ton of updates, big (the hunting rifle is back!) and small (headshot damage has been nerfed a touch). Unfortunately, Epic doesn’t put out patch notes anymore, so we’re left to pick through all the changes ourselves. Lucky for you, I speak Fortnite, so most of the eye-catching stuff stands out immediately and Reddit is on the case sifting through the remainder. Here’s a look at the unofficial Fortnite Season 3 patch notes. We’ll update with anything else we unearth in the coming days.

Half the map is underwater now, which places a higher emphasis on mobility rather than the usual build battles. With less real estate to build on, getting to and fro either to out run the storm or island hop your way to a better vantage is way more important now. We’ll have a closer look at the map changes soon. But, hey, speaking of mobility…

You can water ski behind sharks now. Use a fishing pole to catch a ride. Those suckers can damage you though, so be careful.

The hunting rifle is back. Thank goodness, my favorite weapon has returned. A long reload and no scope makes this a high skill weapon, but if your mouse aim is just right and you learn to account for a slight drop over distance—phew, it’s one of the most satisfying to use in Fortnite history. I’m curious to see where it sits in this new watery meta.