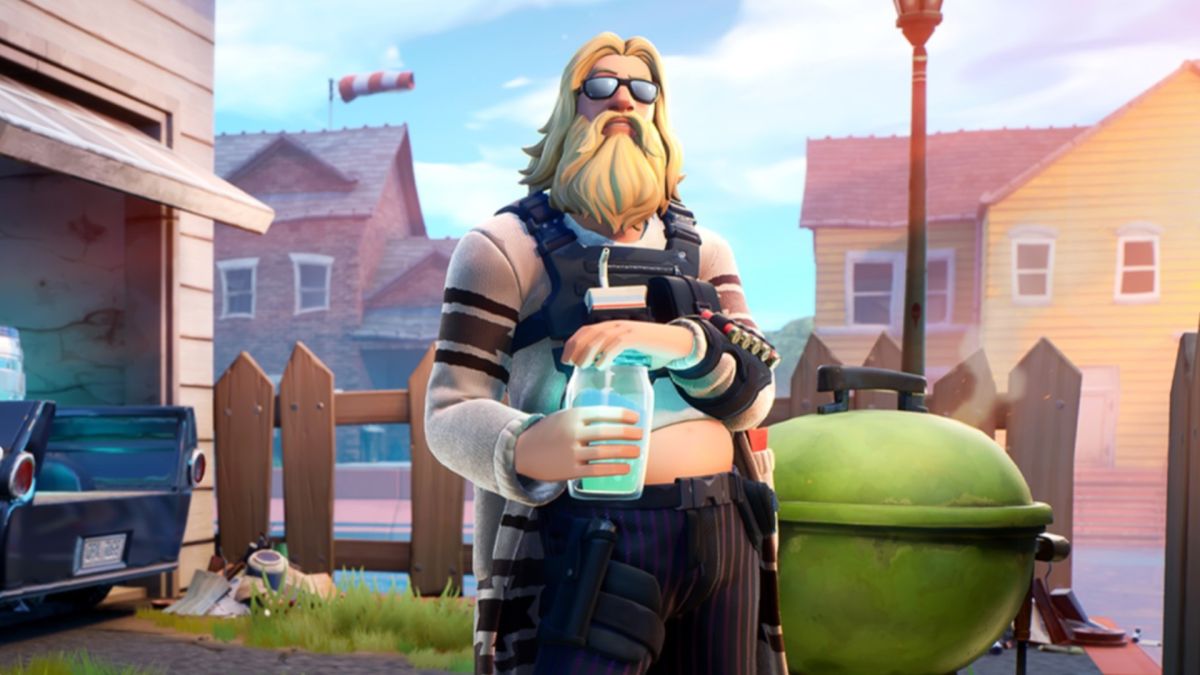 Jonesy, Fortnite’s favorite silly blonde guy who’s been featured in most of the game’s trailers, has a brand new skin, and the inspirations are pretty clear to see. It appears that the new skin takes inspiration from Thor’s overweight, depressed look from Avengers: Endgame, or The Big Lebowski if you’re more of a Coen Bros. fan.

Take a look at that beautiful mug.

I love how Jonesy started off this season in much better shape, wearing a slick black wetsuit. He looked like he was ready to storm a Call of Duty map, but this Jonesy is way more my speed. He’s sporting a large juice pack in his tactical vest, and a side order of fries in his absurdly comfortable-looking robe. Hopefully he doesn’t miss his mark and accidentally chomp down on one of the shotgun shells he’s still got attached to his left arm. If you look closely, he even has little Peely faces on his sandals.

“Relaxed Fit Jonesy” is clearly echoing Thor’s unfortunate look from Avengers: Endgame. In the film, Thor struggles to come to terms with his failure to stop Thanos, which resulted in half the universe’s population being wiped out. Thor becomes heavily depressed, drinking and eating himself into oblivion.

This isn’t an official crossover, but Epic and Marvel have buddied up in the past plenty of times. Fortnite players recently got a Captain America skin, Deadpool featured heavily in season 2, and of course there was a large Avengers tie-in when Endgame came out back in early 2019. God, remember 2019?

The new Jonesy skin is going to cost you 1,200 V-bucks, or roughly $10-$12. As is the case with most skins in the item shop, it will probably only be there for a short while, but thankfully Epic has been keeping skins in rotation slightly longer than usual lately.

Relaxed Fit Jonesy also comes with a new back bling in the form of the Durr Burger mascot.

Data miners like Lucas7Yoshi found that yet another Jonesy skin will also be appearing soon in Fortnite as part of the 13.40 update. This other skin, dubbed “Castaway Jonesy,” is ripped straight from the short comedic film Epic posted months before any of us knew season 3 would feature a flood.

We’ll have to wait and see when Jonesy loses that weight and gets a tan, though. For now, make sure to check out the rest of our Fortnite guides and patch notes. Epic just added cars, so here’s everything you need to know about drivable vehicles.