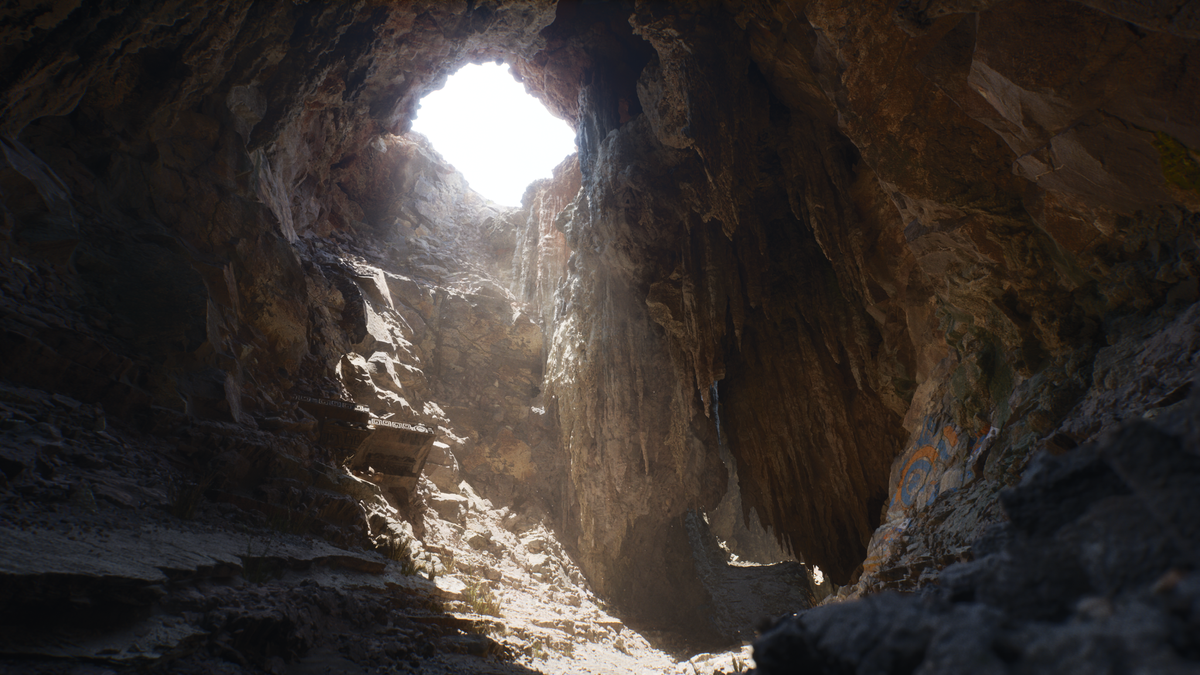 The Unreal Engine 5 tech demo looks pretty amazing, but it was supposedly run on a PlayStation 5, not a gaming PC. So what kind of PC do we need to get that kind of quality?

I couldn’t get any exact specifications from Epic, but on a conference call earlier this week I asked how an RTX 2070 Super would handle the demo, and Epic Games chief technical officer Kim Libreri said that it should be able to get “pretty good” performance. But aside from a fancy GPU, you’ll need some fast storage if you want to see the level of detail shown in the demo video.

Sony was heckled a bit for its focus on the PlayStation 5’s storage speed, and if all you’re imagining is loading screens disappearing more quickly, it does seem like an odd focus. But it’s about moving beyond loading screens entirely, to the point where “you can bring in [the demo’s] geometry and display it despite it not all fitting in memory,” says Epic CEO Tim Sweeney.

In other words, the storage needs to be fast enough to keep up with the player, allowing the game to seamlessly increase the complexity of distant objects as they get closer without ‘popping in’ more detailed models—something we’ve gotten used to seeing.

To that end, Unreal Engine 5 is being “optimized for next-generation storage.” The PlayStation 5 storage tech is “god-tier,” says Sweeney, while PCs have some catching up to do. That said, “on a high-end PC with an SSD,” and especially with an NVMe SSD, we should get “awesome performance” from Unreal Engine 5 games. (With a good GPU and CPU too, of course.)

That doesn’t mean that old HDDs will be unable to handle UE5 games and their billion-polygon “film quality” assets. The idea behind UE5 is to let developers import the highest quality assets they have, and then automatically scale everything to fit the hardware being used, all the way down to phones.

“You could render a version of this [demo on a system with an HDD], it would just be a lot lower detail,” said Sweeney.

If high-end graphics are your goal, however, this is another indication that an NVMe drive should be a must-have in your next build. It won’t just be about how fast you can load a Rainbow Six Siege level, but about detailed a scene can look. (And at this point, regardless of what Epic says, I’d say that even a mid-range build should include an SSD big enough for game storage. It’s just a much better experience.)

Without a copy of the UE5 demo to run ourselves, we’re taking Epic’s word for a lot of this. Exactly how important storage speed will be going forward is something we’ll find out for ourselves over the course of the next year or two, and we should have a better sense of UE5’s significance when the preview version releases early next year. It sounds like more than a small, incremental upgrade, but I’m not ready to claim that loading is dead and devs now have unlimited detail to work with.

I doubt we’ll see any games that look quite like Epic’s UE5 demo for a few years, but I’m sure that we eventually will get to the point where photogrammetry with that level of detail isn’t surprising in games. Consider the 2013 Unreal Engine 4 tech demo, for instance. It looked unbelievable at the time, but these days it’s nothing wildly special to my eyes:

What might be more exciting, at least if you’re a developer, is the amount of work Epic says UE5 removes from game development. There are “no more polygon count budgets, polygon memory budgets, or draw count budgets,” says Epic. “There is no need to bake details to normal maps or manually author LODs; and there is no loss in quality.”

You can read more about Epic’s Unreal Engine 5 announcement here.