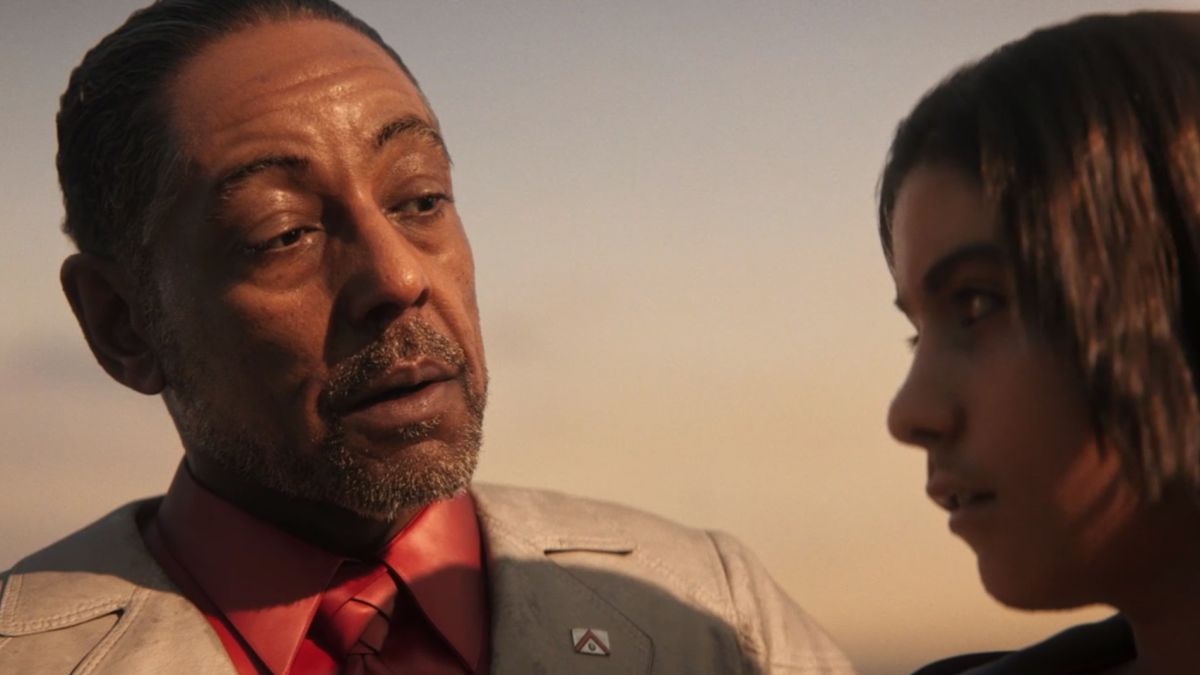 Far Cry 6 was revealed today at Ubisoft’s Ubisoft Forward livestream event and is scheduled for a February 18, 2021 release. It stars Breaking Bad Actor Giancarlo Esposito as dictator Anton Castillo. You can watch the trailer above.

True to form, Far Cry 6 is set in a lovely and scenic locale, called Yara, ruled by an evil dictator. The evil overlord and central antagonist this time is Anton Castillo, played by Giancarlo Esposito. Castillo is supposedly attempting to bring his country, per the leaked game description, “back to its former glory by any means, with his son, Diego, following in his bloody footsteps.” That will probably involve inordinate amounts of murder.

The cinematic trailer is an extended sequence of “el presidente” Castillo monologuing to his son about grenades, and making him hold a live one.  Outside, the people of the country riot and attempt revolution against brutal police. Castillo’s particularly unhinged piece of child abuse is somehow a metaphor for their country and its people.

The cinematic trailer was also accompanied by a prestige TV-esque title sequence with various cinematic touches. It implies that the foundation of Yara’s wealth will be in plants used for pharmaceuticals and in some kind of, likely dangerous, pesticide used to keep them safe.

Players in Far Cry 6 will be Dani Rojas, a local of Yara who is fighting in a revolution against Anton Castillo’s regime. Yara itself is, surprising no one, the “largest Far Cry playground to date.” Interestingly, it might have a more urban environment, as the island’s capital city of Esperanza is supposedly included alongside jungles and beaches. As part of Dani’s guerrilla revolution, players will use a variety of makeshift weapons.

Ubisoft has been at the center of a storm of controversy recently over numerous allegations of a hostile, sexist workplace. Multiple high-ranking executives within the company have resigned over the last few weeks. Per an earlier statement, today’s livestream did not address the workplace abuse allegations.