Far Cry 6 has been spotted on the PS Store 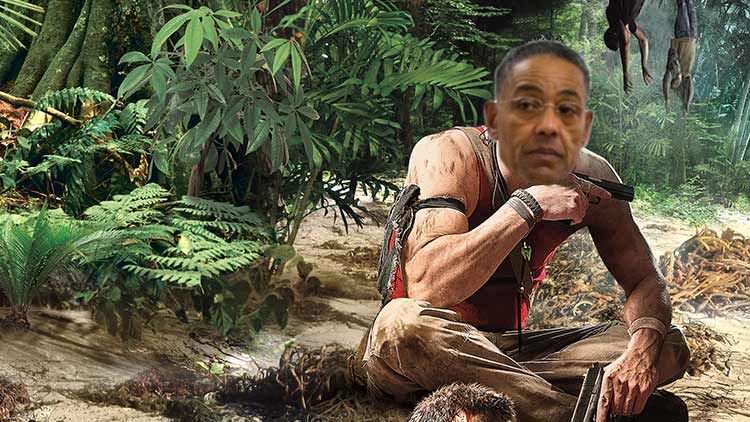 At this rate, Ubisoft isn’t going to have any surprises left to show off this weekend—yes, it’s time for another leak. Today it’s Far Cry 6, which just appeared on the Hong Kong PlayStation Store.

The page itself has been taken down, but you can still see it in the list of upcoming PS4 games (Scratch that, it’s gone too). And, of course, it’s already been screencapped and shared for posterity on Twitter.

The cover art seems to confirm that this is the Ubisoft game Breaking Bad’s Giancarlo Esposito was referring to in a Collider interview. Far Cry tends to stick its villains on the cover, so it’s likely that he’s playing Anton Castillo, a dictator who rules over a “tropical paradise frozen in time.”

Castillo and his son Diego are apparently trying to make the paradise of Yara great again, oppressing anyone getting in their way. This has sparked a revolt, which is where we’ll come in, stepping into the boots of Dani Rojas, a resistance fighter primed to shoot his way to liberation.

Yara is apparently the largest Far Cry map so far, and yes, open-world games are still boasting about their size. Expect jungles, beaches and a capital city, Esperanza, to play around in.

As a guerrilla fighter, it looks like you’ll need to fight with whatever is at hand. There’s mention of makeshift weapons, and once again you’ll be able to get around in a variety of vehicles and recruit NPCs, Amigos, to help you in your fight against Castillo.

Along with the offline singleplayer, it will also contain online multiplayer for two players, suggesting co-op. And, not surprisingly, there will be some microtransactions.

The release date is listed as February 18, 2021, but these days it’s best to take any release date with a pinch of salt. In the meantime, it’s very, very likely that we’ll hear more about Far Cry 6 during Ubisoft Forward on Sunday, along with Assassin’s Creed Valhalla and Watch Dogs Legion.