Family is a free detective game about a forgotten music scene 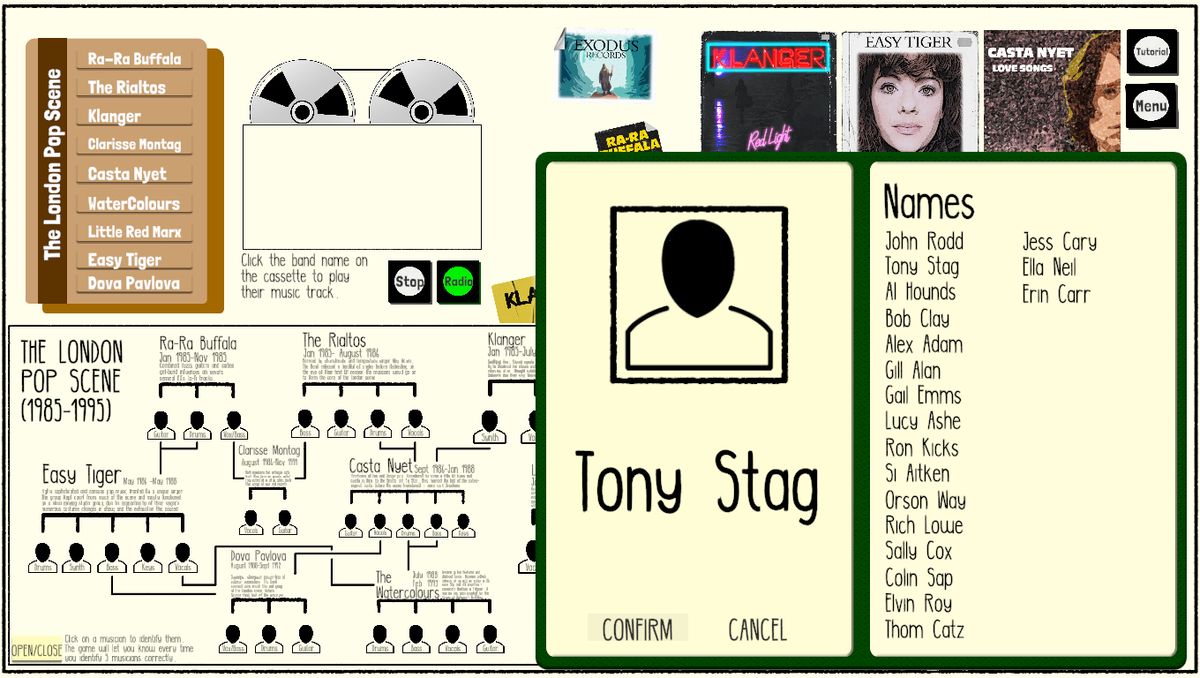 Family is a detective game, but one where you’re investigating a music scene: a bunch of (fictional) bands that flowered in London in the 1980s, its members forming bands and splitting off, coming together and falling out. You’re uncovering a forgotten slice of history, and celebrating the players in it. And all while listening to some cracking tunes from these fictional bands.

I suppose it’s a bit like Her Story, in that you’re given a desktop of sorts and a limited amount of information: snippets of a recent radio programme, snatches of articles about the bands, and a few clues in the bands’ descriptions and the songs themselves (there’s a well-produced, convincing song here for each of the nine bands, which you can listen to at any time).

You’re trying to put names to faces, to assign an identity to each of the musicians from the pop scene’s bands, and every time you guess five right you’re given a couple of extra articles, or another snippet of radio. Just enough to nudge you in the right direction. With a bit of guesswork, and a lot of deducing, I managed to assemble this potted history, which is clearly borne from a love and deep understanding of indie music, and of a bygone age of music journalism.

Family’s great, is what I’m saying. It’s also free. If the words ‘NME’ and ‘Melody Maker’ are not just meaningless noise, you should probably play it. (Thanks, IndieGamesPlus.)