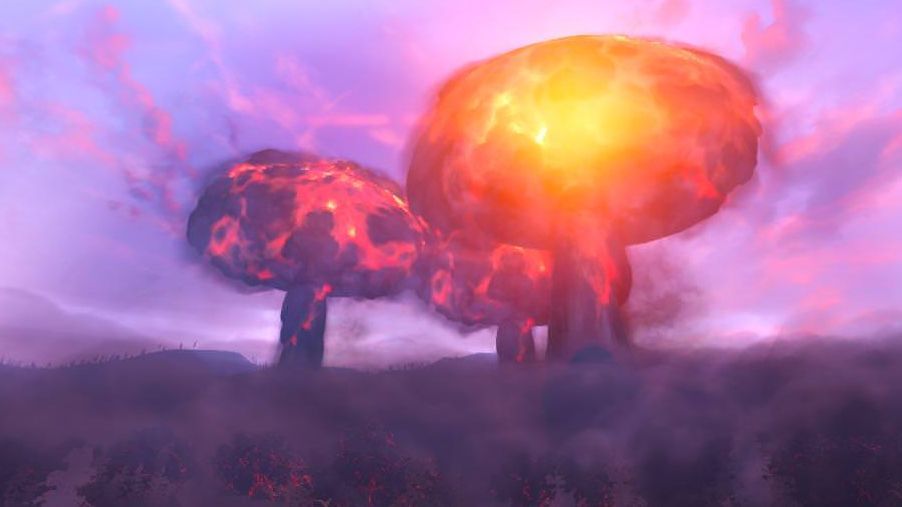 The Fallout 76 Wastelanders expansion welcomes new human factions to Appalachia: the settlers and the raiders. But what happens if you nuke the settlements of these two factions? Turns out: not much, really!

Players naturally were curious what would happen if you dropped a nuke right on Foundation or Crater, the two new faction settlements that are populated with tons of new human NPCs. But despite being new to the area, Fallout 76’s settlers are already treating player-launched nukes like a little bit of rain on an otherwise sunny day.

As you can see in the video below by YouTuber Rattler, nuking the town of Foundation resulted in all the settlers who live there putting on anti-radiation suits—but otherwise, it’s business as usual. In the midst of this atomic firestorm, one settler is out there sweeping the radioactive floor. Samuel is still leaning against his sign just as he does when there’s not a current nuclear holocaust happening in his backyard. You know how the settlers will sometimes play a bit of music on the instruments scattered around? They’ll keep doing that even after a nuke has landed on their town. They ain’t care.

It makes sense in the way that things often make sense in games—not much logical sense but a good amount of practical sense. You obviously can’t kill or mutate all the NPCs in a multiplayer game, or even have them retreat to some bunker for a while, because other players trying to complete quests would be completely out of luck.

But it is still a bit goofy that these newcomers to Appalachia would be so completely blasé about the fact that a damn nuke got dropped on them that they’d just zip up a radiation suit, keep playing their guitars, and keep sweeping their floors. Take it as minor inspiration, if you’d like: when the world is ending, we’ve all gotta find a way to keep being ourselves and doing what we love.