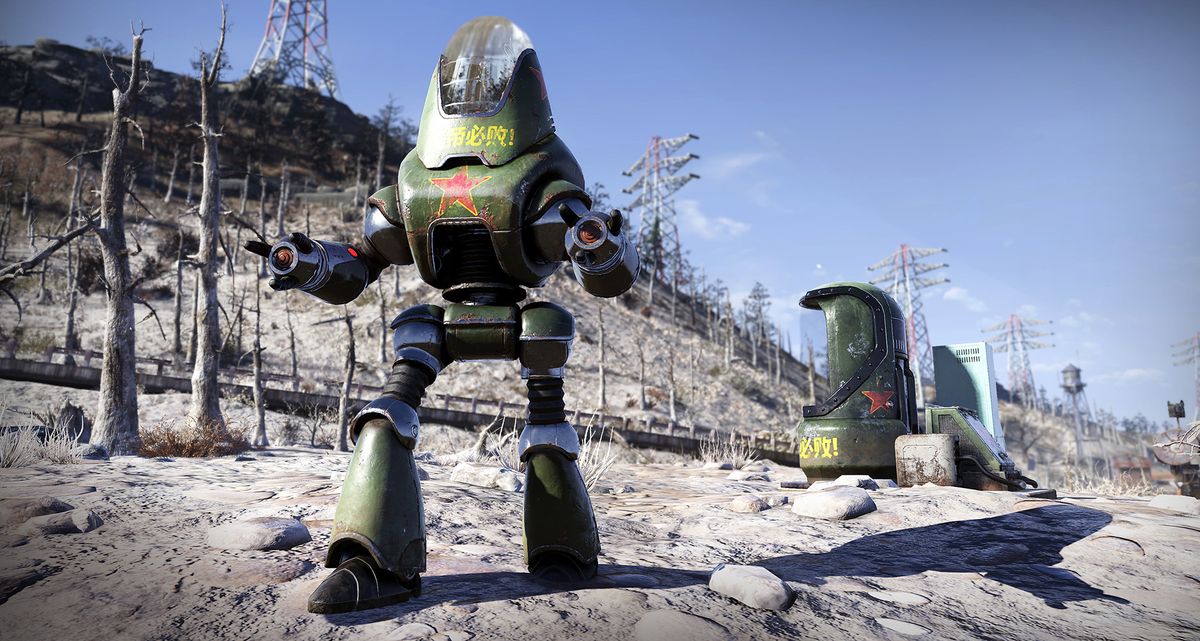 Fallout 76 might have been improved by the Wastelanders update, but it’s still getting up to its old tricks. First there was the issue with the new NPCs stealing weapons from dead players, and now there’s a robot whose obsession with communism is getting in the way of its job.

A new Collectron was introduced last week alongside lots of communist-themed goodies that you can purchase from the in-game shop. Like all of these diligent robots, this Collectron is meant to go out and gather stuff for its owner, including food, water, weapons and grenades. But it’s far more interested in stuffing the Collectron station with communist propaganda.

Some players on the subreddit aren’t too chuffed that their mechanical servant would rather shower them in leaflets than provide them with fancy weapons. Frankly, though, you get what you pay for. You can’t expect to buy a robot whose sole identifying feature is that it’s got the hots for Marx and then get upset when it follows through.

Other players have taken the robot’s side, noting that people have taken issue when Bethesda has added game-enhancing stuff to its cash shop previously. “It’s interesting to see that there are actually people who are disappointed that an item exclusive to the Atom Shop does not give them a bigger in-game advantage,” wrote one player, “when usually there’s a massive outcry about in-game power being added into the Atom Shop.”

When Fallout 76 launched, Bethesda told players that it would only sell cosmetic items in the Atomic Shop, but it quickly backpedalled and introduced premium repair kits. The decision was criticised, but Bethesda argued that they didn’t give players a competitive advantage and they were just a utility item. Using this reasoning, it’s since added a lot more utility items to the store, including a $7 fridge, almost always accompanied by complaints from players.

I tend to agree that utility items like the Collectron shouldn’t dole out lots of valuable weapons, because then it starts to shift from a quirky addition to a necessity. Fallout 76 isn’t a competitive game, but it is a shared experience, and splitting people up into the haves and the have nots just engenders envy and frustration. That said, I can also understand why someone who purchased a Collectron with the expectation that it would give them new gear would be disappointed to find piles of communist leaflets instead.

This appears to be working as intended, but the new Collectron is not without its bugs. It turns out turrets are no friends of communism, treating the poor robot like an enemy. “I bought the Commie Collectron, and now my turrets are all shooting it,” one player complained. This one is a bug, and it’s being dealt with in the next patch.