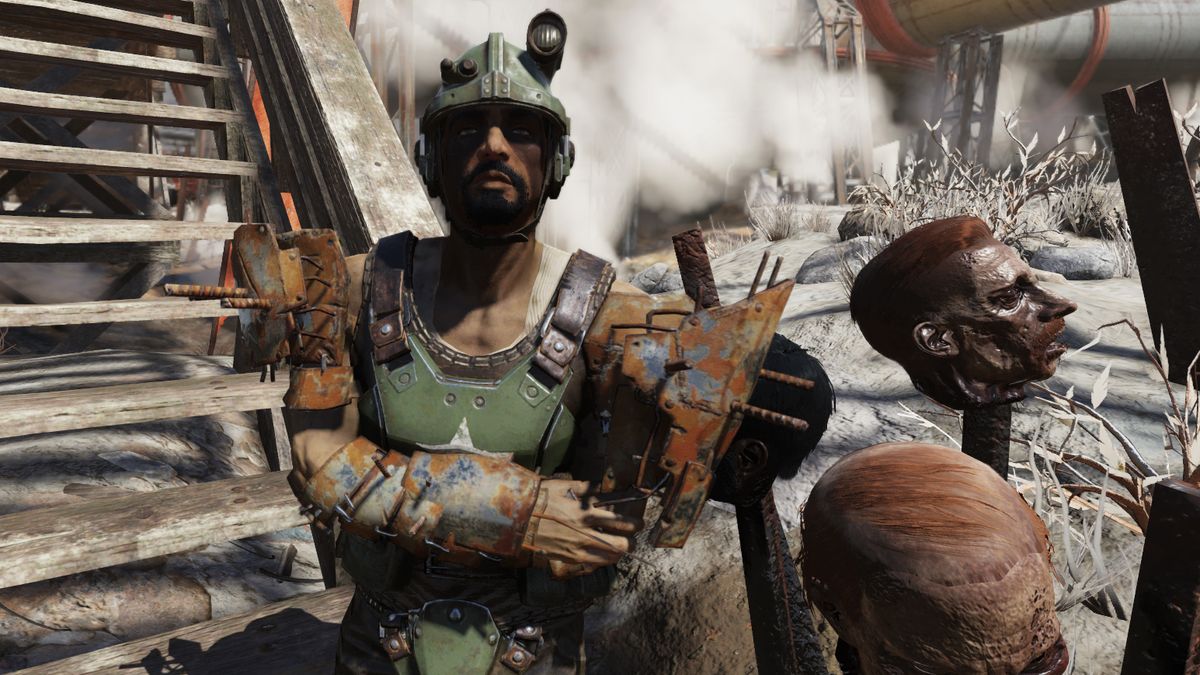 Fallout 76 is much better now that the Wastelanders expansion has arrived—it populates the world with new human residents, making the game feel much more alive. These new NPCs are a welcome change and it’s genuinely nice to see some friendly faces in Appalachia.

Friendly as they are, however, some of these new NPCs have been displaying a disturbing habit for thievery. Several players have reported that during events like Riding Shotgun and Radiation Rumble, NPCs have been stealing from them. Specifically, on more than one occasion when a player was killed during the event, they respawned only to find their best weapon—and all of its ammo, sometimes thousands of rounds worth—was now in the hands of an NPC.

That’s right. When you die, an NPC can take your gun and ammo right off your corpse and use it themselves—which is something even other players can’t do in Fallout 76.

Surprising AI behavior like this is normally pretty cool to see in games, but these NPCs are unfortunately not giving the weapons back when they’re done with them. That’s a big problem for players who have spent untold hours acquiring legendary gear that isn’t easy to replace.

You can actually see it happen in the video below from Dani Garcia. At the 1:00 mark, the player is killed while participating in an event. After respawning, the player looks through their inventory and weapon wheel to discover that their gatling plasma gun has gone missing. Then, at 2:25 in the video, the player catches up with friendly NPC Marion Copeland, who is now using the very same gatling plasma gun, which she apparently harvested off the player’s body.

And it’s especially unfair since Copeland herself can’t actually die during the mission, even when the player stands around letting her be overwhelmed by enemies. So, there’s no way to loot her corpse and get their stuff back. Once an NPC loots your corpse, it seems, your gear is gone for good.

It’s not entirely new behavior—enemies in Fallout games will often pick up and use a weapon if they find one that’s better than what they have equipped. I also seem to recall NPCs in Fallout 4 would jump into a player’s unequipped power armor to defend a settlement. But they’d at least return it when they were done with it, not keep it forever.

Bethesda is investigating the bug, but in the meantime, if you’re heading into an event, you may not want to bring your most precious weapon with you. It could wind up in the pockets of Appalachia’s newest residents.