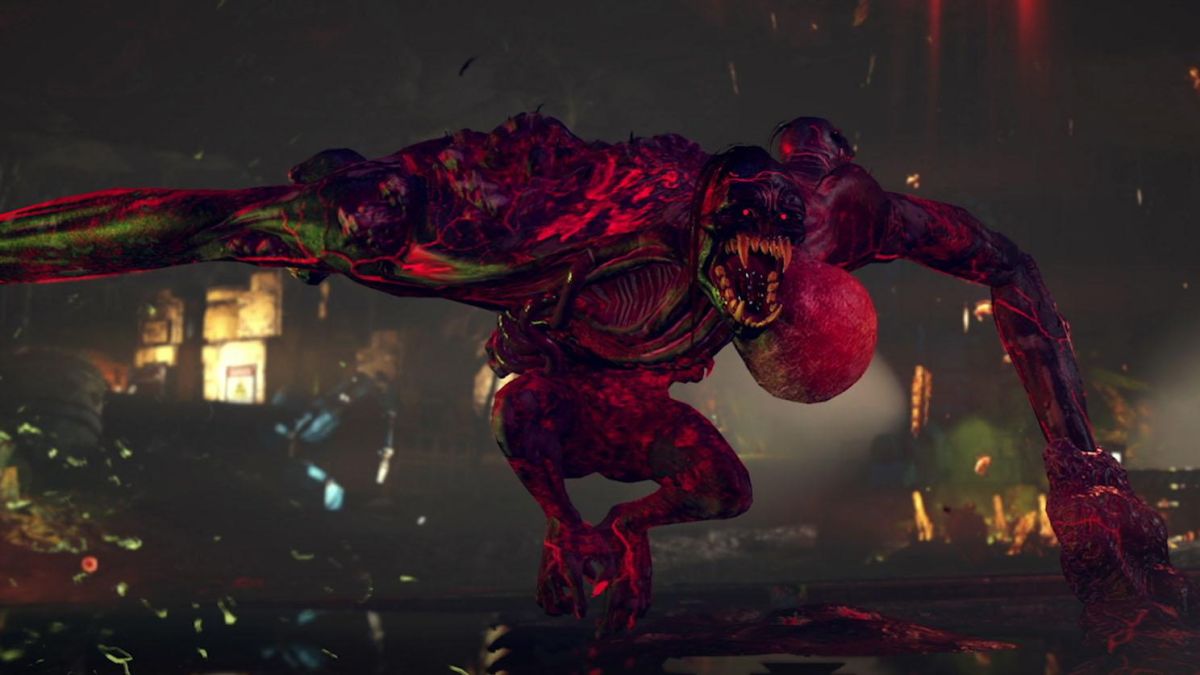 At QuakeCon 2020, which is naturally taking place online only, we got a look at the upcoming Fallout 76 boss fight event called A Colossal Problem. The boss fight (available on test servers now, though it’s been delayed for the general population) takes place in an 8-player instance you can enter once Monongah mine has been nuked.

There are lots of dangers in the irradiated mine. The Wendigo boss itself, obviously, but also the swarms of its minions and the occasional cave collapse that can smoosh you under a pile of rocks. But there’s also something new to fear, and that’s fear itself.

The fearsome Wendigo Colossus can issue a piercing cry that will literally scare your characters and cause them to simply run away in fear. Have a look at some clips of the fear system in action below.

It’s pretty funny to watch, actually, though perhaps less amusing if you’re currently being swarmed by crowds of mutants.

While the effect doesn’t appear to last all that long, the key takeaway is that you have no control over where your character runs. You can run into a cluster of irradiated barrels and start taking damage. You can run into a crowd of enemies. You can even run into a massive rotating drill that’s still operational down in the mine. That is one scary Wendigo if it can convince that you sprinting full-tilt into a giant spinning drill is a good idea.

The new fear system means this boss fight will be even harder to win, but you’re not without some help. Due to the extreme durability of the Wendigo Colossus—it is indeed a very bullet-spongey boss—there’s another new feature in the event. Killing lesser Wendigo spawns in the mine comes with a chance to replenish your ammo when you loot their corpses. So hopefully, among all the other horrors, you won’t run out of ammo.

And if you’re successful, you can walk away with a hideously lovely reward: A Wendigo Colossus rug for your base. Have a look at it below. It’s quite the conversation starter for the next time you have friends over for some Nukashine.