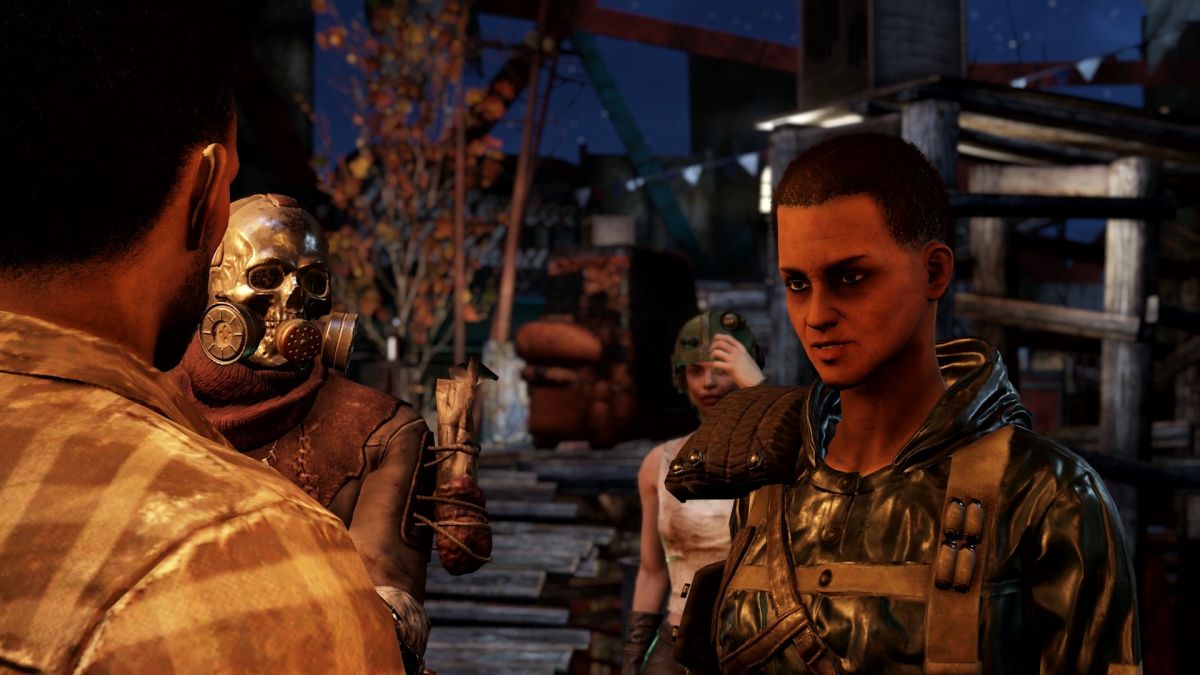 A new trailer for Fallout 76: Wastelanders has been released, showing off many of the update’s leading characters, questlines, and locations. Wastelanders is a massive expansion to Fallout 76, adding in a whole host of features—NPCs and questlines chief among them. The update will be free for players who already own the base game, and is due out April 14.

The trailer above hints at some of the main story elements being introduced. There are rumours about a buried treasure underneath Appalachia, and people have flocked to post-apologetic West Virginia to hunt it down. The trailer also teases creepy cultists, bandits, and a competitive fighting pit against a huge monster.

In addition to its NPCs and quests, the update will add new factions, locations, companion characters with romanceable options, and more. After Fallout 76 first released in 2018, it became clear that this post-apocalyptic story desperately needed some humans. The Wastelanders update is designed to make Fallout 76 more in-line with the rest of the series, making its open-world multiplayer feel more story-led.

Fallout 76 Wastelands was supposed to launch in 2019 but was pushed into 2020 in October last year, and delayed again back in March.