Fallout 76 now has a ‘Mostly Positive’ rating on Steam 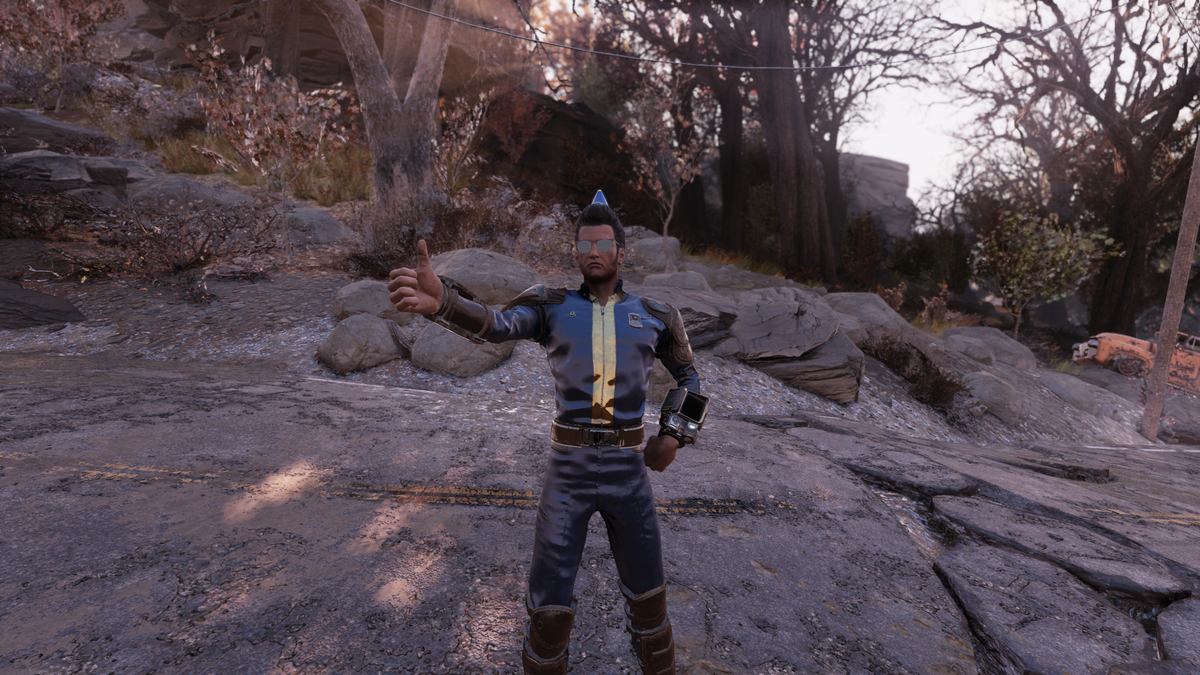 Fallout 76’s biggest update since its rocky launch—one of the worst launches in PC gaming history—appeared this week, accompanied by its arrival on Steam, and it looks like the changes have actually gone down pretty well, netting it a ‘Mostly Positive’ rating.

This wouldn’t normally be especially noteworthy, but Fallout 76 hasn’t exactly engendered a lot of positivity since Bethesda pushed it out the door, probably a little early, back in November 2018. It’s been heavily criticised for bugs, its business model and for not really feeling like a Fallout game at all. Check out our Fallout 76 review for a reminder of what it was like at launch.

It’s still pretty buggy, and the business model is still questionable, but finally it’s starting to feel like a real Fallout game. The Wastelanders update, which is essentially a huge expansion, has brought the West Virginian wasteland back to life, filling it with NPCs, competing factions and more quests, and that’s in addition to all the quality of life improvements.

Fallout 76’s detractors were ready and waiting when it first launched on Steam, bombarding it with negative reviews. These came from players who’d only put in an hour into the Steam version, and sometimes less, but a lot of the criticism was aimed at issues and design decisions that have existed since it came out in 2018 and still persist, so they weren’t entirely unfair.

Elsewhere, however, the community was more positive. The Fallout 76 subreddit was particularly complimentary when it came to the update, and it didn’t take very long for those fans to start adding their reviews to the pile. The rating started off as ‘Mostly Negative,’ but it was quickly bumped up to ‘Mixed.’ And now, only a few days later, it’s sitting at more than 70 percent positive.

I didn’t have many nice things to say about Fallout 76 last year. I had low expectations, but even then I was surprised by how shoddy it was. And every day seemed to bring with it more problems, new bugs and more missteps from Bethesda. It’s almost impressive that it didn’t go the way of BioWare’s Anthem, and to Bethesda’s credit it kept hammering away at it with updates and tweaks that slowly started to make it more than a slapdash survival chore.

So now I’m back and, incredibly, I’m actually enjoying myself. I’d still let out a little cheer if Bethesda cut out all the tiresome survival mechanics—I almost starved the other day because I had to take a 15 minute phone call—but it’s actually starting to feel like I’m playing a Fallout RPG again. And I’m only scraping the surface. I started a new character, so I’ve still not hit the proper Wastelanders stuff yet, but even the early portion of the game is much improved.

If you’re just getting stuck in, why not check out our guide to how to find, recruit and romance Fallout 76 allies, or learn how to find and craft Fallout 76’s new bow and arrows.