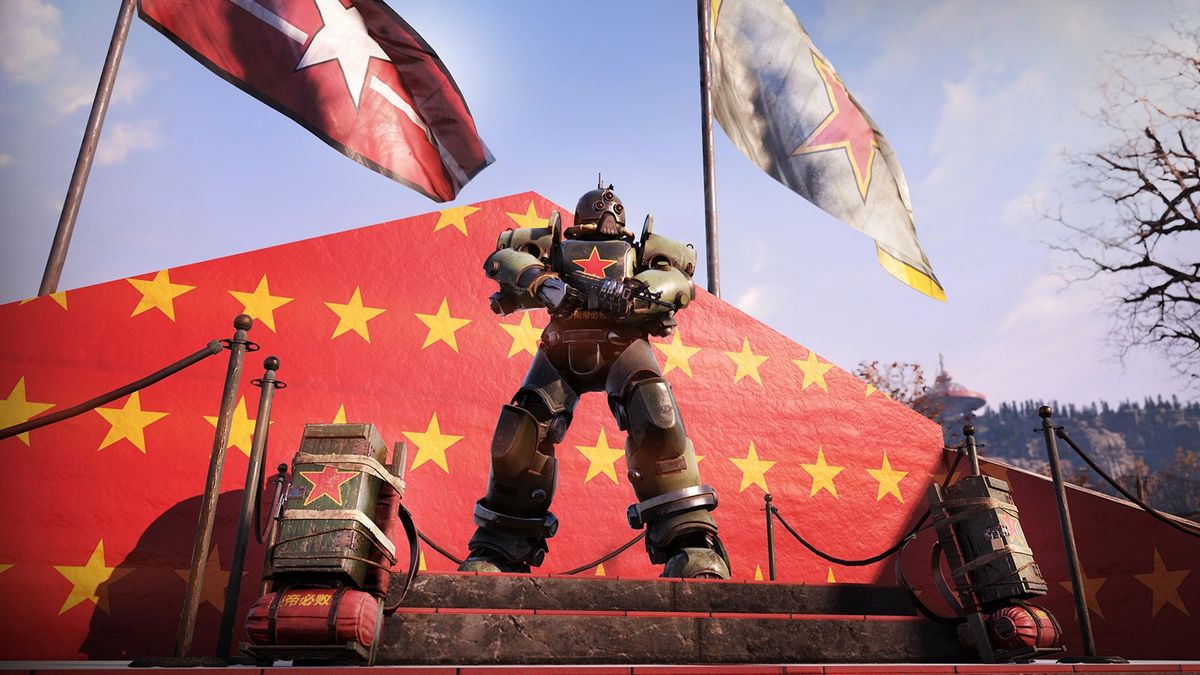 A spectre is haunting West Virginia—the spectre of microtransactions. Added yesterday, communism-themed skins and camp items are now available in Fallout 76’s Atom store. Being able to purchase these items and own them as your own personal property arguably defeats the point, but perhaps I’m overthinking things.

Anyway, besides making Karl Marx and Vladimir Lenin turn in their graves, you can buy skins for your weapons, character, and Power Armor, and kit out your camp with themed wallpapers, floors, and flags with which to “demolish the corruption of this land and claim it for the proletariat.”

It’s reasonable to assume that the folk behind the Vault 76 initiative probably won’t approve of you decking yourself and possessions out in this bright shade of ideological crimson, but if you’ve seen the evils of economic inequality and want to proudly display your desire for social revolution, here’s what you can buy until May 19th, plus their price in the game’s premium currency, Atoms:

The camp cosmetics certainly stand out: The lurid yellow stars against a sea of red will be hard for your guests to miss along with your tasteful bust of Lenin. I hate to say it, but it does put Chris’ “crappy-ass” camp to shame. You can also get a Collectron skin to ensure items are scavenged with maximum efficiency. Side effects such as hastily-implemented collectivisation, five-year plans, and famines, are as yet unconfirmed.

Despite the irony of its new cosmetics, you may be one of many new players giving the game a second chance now that the Wastelanders expansion has filled Appalachia with NPCs and meaningful choices. Chris thinks Fallout 76 finally feels like a Fallout game, albeit his least favourite. If you are a new or lapsed player, check out our Fallout 76 ally guide so you’ve got some company while you scavenge for scrap, and find out how to find the Fallout 76 bow.