Fall Guys is out now, but the servers are taking a beating 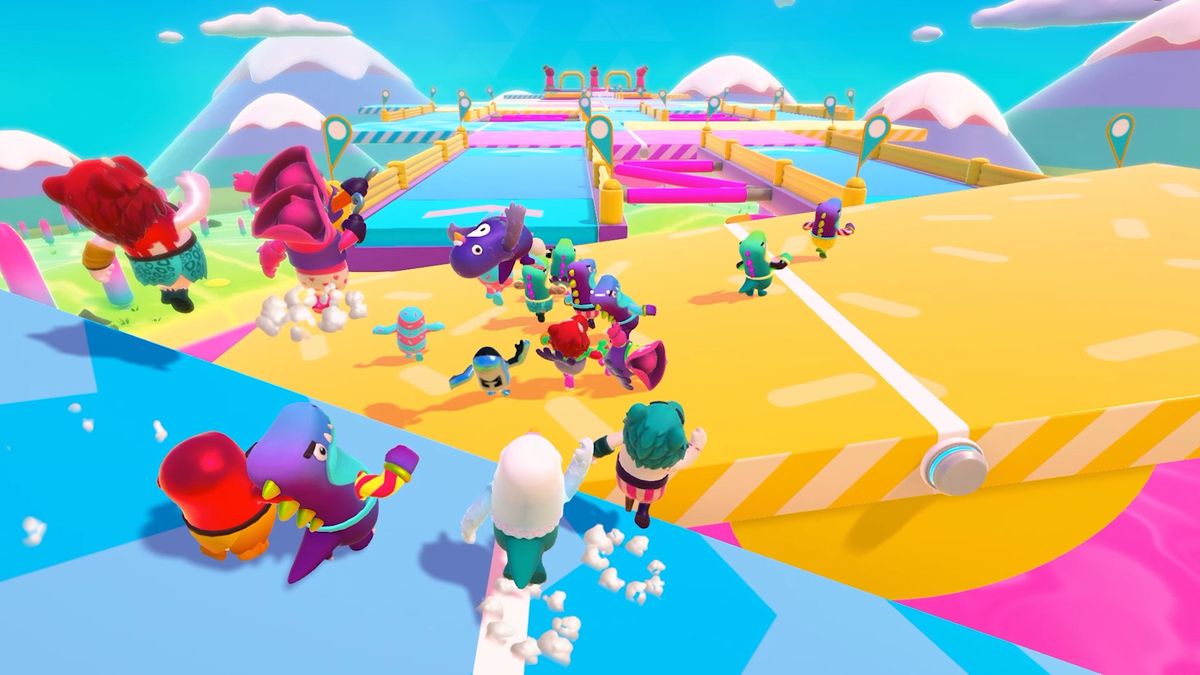 Fall Guys is having a very good launch day, at least in terms of player numbers. After its very popular beta, it shouldn’t have been too much of a surprise, but developer Mediatonic might have underestimated how many people want to become a clumsy bean.

Earlier today, the Fall Guys Twitter account reported that 120,000 people were playing concurrently. Since PS Plus subscribers can play, many of them will be on PS4, but a quick glance at SteamDB shows that plenty of people have been playing on PC, too, with a peak of more than 50,000 players. It’s also today’s top seller.

That popularity has, unfortunately, led to some technical issues. Players have been reporting disconnections and missing rewards, among other issues, but Mediatonic is aware and currently “beefing up” its servers. The original estimate was 30 minutes, but it’s taking a bit longer. The team’s been very communicative, though, and it looks like people are still enjoying the chaotic, obstacle-laden battle royale races despite the server trouble.

I’m looking forward to getting stuck in myself when Phil unshackles me from the news desk this evening and expect to come away with a fair few messy anecdotes like Chris’ unlucky but also very lucky scrape with a fan:

“Starting off on a race level I’d been notoriously bad at, I led the pack for a brief moment but the mob of players caught up to me,” he said in his Fall Guys preview. “I wound up falling on my face before walking directly into a spinning fan trap. But the fan blade launched me into another player and I bounced back into the blade—which promptly knocked me into the next fan trap. Which immediately hit me and knocked me forward into the next one. Any of these traps could easily have shot me backwards through the course, but that’s luck for you. Several rebounds later I’d been propelled to the front of the race with another unlucky (but actually lucky) player, leaving the rest of the mob far behind.”