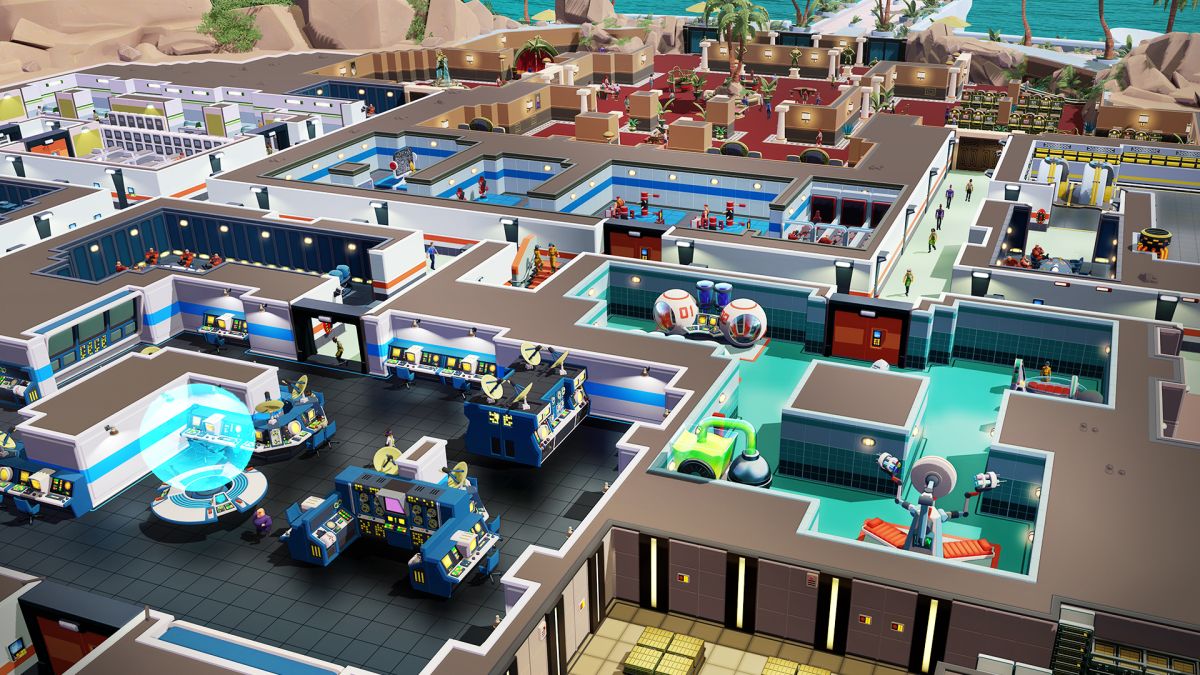 Evil Genius 2 only recently got a new trailer at the PC Gaming Show, but Rebellion is already out here with another video update. Producer Ash Tregay and lead designer Rich Edwards sat down to talk about new features and break down what we saw in the trailer.

For someone who has been intrigued by the Evil Genius 2 trailers but has no familiarity with the original 2004 game (like myself), the video is a wonderful primer that clearly explains its evil lair creation and how to thwart “do-gooders” (the game’s name for spies and other infiltrators).

The video also reveals some new details for those who have been watching the game closely, like how henchmen will now be existing crime bosses on the world map that have to be recruited by the player. Standard minions will have randomized appearances and backgrounds that range from a crime-riddled upbringing to “reformed” do-gooders themselves.

As for the evil geniuses themselves, Rebellion is only talking about Red Ivan and Maximilian. The last two’s names and themes are still a mystery, but one of them seems to have a scientific bend.

Tregay and Edwards bookend the video with the first official look at the game’s original soundtrack by James Hannigan (who also scored the original game). Evil Genius 2 is still on track to release sometime in 2020, but no word yet on a specific month or day.