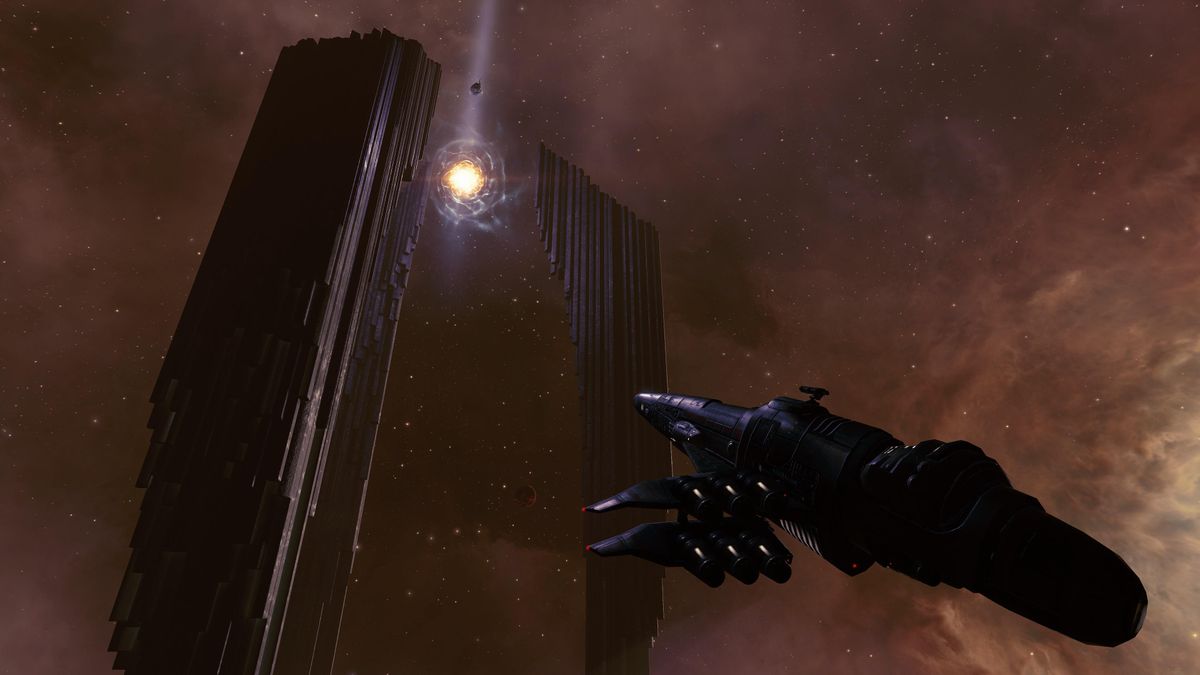 Few places in the virtual galaxy of New Eden are as special as the Molea Cemetery. For over a decade, a small group of EVE Online pilots have been maintaining it, working tirelessly to collect the corpses left behind by those killed in-game and inter them. Over the years, however, the Molea Cemetery has also become a place to memorialize real-life people who have died, many of them EVE Online players.

There are over a thousand memorials in Molea, each one a floating cargo container with its name changed to a short eulogy for the deceased. Despite its scale, though, the cemetery has always been an unofficial, player-created phenomenon—until now. Earlier this week, CCP Games unveiled a new monument that would become the centerpiece of the Molea Cemetery, an enormous statue of basalt columns with a beacon that periodically emits a bright pulse of light upward.

This new monument is particularly special because it’ll make the Molea Cemetery a permanent feature in EVE Online. Since the project started in 2007 by a player named Azia Burgi, the Molea Cemetery has faced a number of existential threats—most of them due to the evolving nature of EVE Online.

In 2008, for example, developer CCP Games changed underlying code so that items dropped in space would eventually despawn in order to prevent needless clutter and lag. To preserve the cemetery, Burgi and their friends had to build a player-owned starbase, which would preserve any loose items, like the Molea graves, within a certain radius.

That hasn’t stopped players from occasionally trying to desecrate the graves over the years, but the biggest threat to the Molea Cemetery happened a few years ago when CCP announced that player-owned starbases would be phased out and replaced with the new Citadels, which function just differently enough to make the Molea Cemetery no longer feasible.

Fortunately, CCP Games listened to concerned players and, this week, rolled out this new monument which acts as a much more aesthetically pleasing memorial while also having special rules to preserve memorials within 200 kilometres.

“I’m not sure it has registered that this will now be here forever,” Azia Burgi told EVE news website Imperium News. “It’s just nice that everyone can now enjoy my contribution to the world.”

The Molea Cemetery can be found orbiting the first moon of the planet Molea II in the Molea star system. If you want to learn more about its history, and the desperate struggle players like Azia Burgi have undergone to keep the cemetery safe, check out our full interview here.