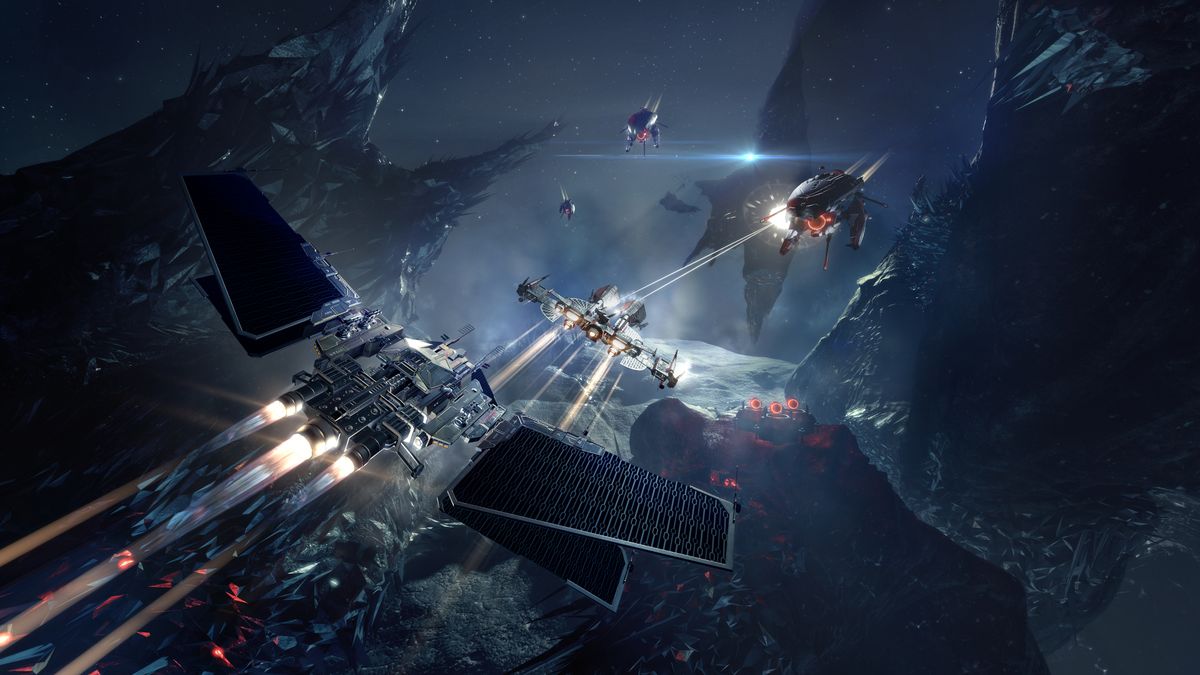 Last summer, EVE Online was rocked by a sudden, all-out alien invasion. Player alliances had to drop what they were doing to defend their starbases from an overwhelming attack that lasted days, even calling off in-progress wars. It was a dramatic twist in a sprawling narrative developer CCP Games has slowly unveiled over the past year, involving multiple alien factions that have all set their sights on claiming a little slice of EVE Online’s virtual galaxy for themselves. And, starting today, players can choose which side of that war they want to fight on.

Today, CCP Games announced the third and final chapter of EVE Online’s Invasion expansion which, over the coming weeks and months, will have “lasting consequences in New Eden, ensuring that life in the cluster will never be the same again.”

It’s not clear exactly how the update will roll out—the suspense and mystery have played a crucial role in keeping players on their toes—but the final act of Invasion will introduce two new factions for players to gain standings with. The first new faction is Edencom, which represents the combined forces of the human empires that players have traditionally been allied with since EVE first launched 17 years ago. The other new faction, however, is the Triglavian Collective—the aliens.

By getting involved in ongoing skirmishes happening across the different sectors of EVE Online, players can increase their reputation with these factions and earn new rewards. With this next phase of the ongoing war, both sides will also be unleashing some new weapons and defenses, hinted at in a new video from EVE Online’s fictional news organization called The Scope, which you can see below.

The real promise, though, is a permanent shakeup of EVE Online’s galaxy. CCP Games isn’t saying exactly what will happen next, but they’re promising an epic conclusion coming later this summer—and after a year of fighting, it better be. “At the core of EVE Online is a universe where actions have consequences, and this year the consequences of the Invasion storyline will have deep and lasting effects on players,” says creative director Bergur Finnbogason. “Players will have to make their choice carefully.”

The final act of EVE Online’s Invasion expansion launches today and is free-to-play. If you want to get involved, you can download EVE Online here.