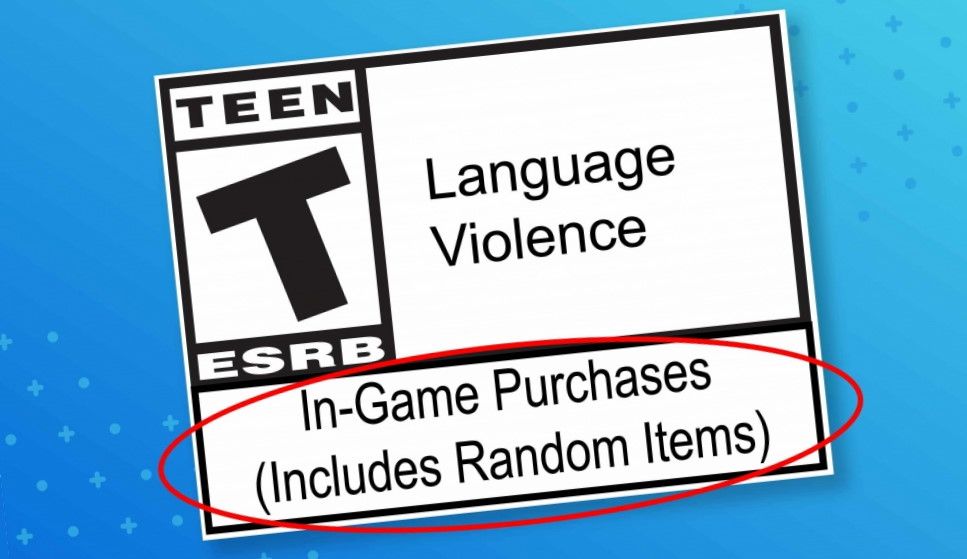 In February 2018, the Entertainment Software Rating Board said that it would begin labeling physical copies of games with microtransactions as having “In-Game Purchases.” The idea, ESRB president Patricia Vance explained at the time, was to help ensure that “parents will know when a game contains offers for players to purchase additional content,” a goal spurred by the uproar over loot boxes.

The problem with the label, as we noted at the time, is that it covered everything from a season pass to a soundtrack to the loot boxes that got the whole ugly ball rolling in the first place. Vance said that was intentional: Most parents don’t actually know what a loot box is anyway, and so instead of burying them in detail, the ESRB’s goal was to be “clear, concise, and make it easy for them” to know whether a game could end up eating even more money after purchase.

That system has evolved: The ESRB announced today that it will begin applying a new label, “In-Game Purchases (Includes Random Items),” to any game that offers randomized items for purchase, including loot boxes, card packs, treasure chests, and gacha games. The original “In-Game Purchases” label will continue to be used on games that offer only non-randomized purchases, such as expansions and cosmetics.

While the ESRB cited parental knowledge concerns when it created the first “In-Game Purchases” label, this new one came in response to “game consumers and enthusiasts (not necessarily parents)” who have been calling for labels specifically noting the presence of randomized purchases. Parents in general, meanwhile, are still catching up by the ESRB’s estimation, which is why the term “loot box”—common gaming vernacular—isn’t being used.

“We want to avoid confusing consumers who may not be familiar with what a loot box is. Recent research shows that less than a third of parents have both heard of a loot box and know what it is,” The ESRB explained.

“‘Loot box’ is a widely understood phrase in and around the videogame industry and among dedicated gamers, but most people less familiar with games do not understand it. While this new label is primarily in response to feedback from game enthusiasts, it is still essential that all consumers, especially parents, have a clear understanding of the rating information we provide.”