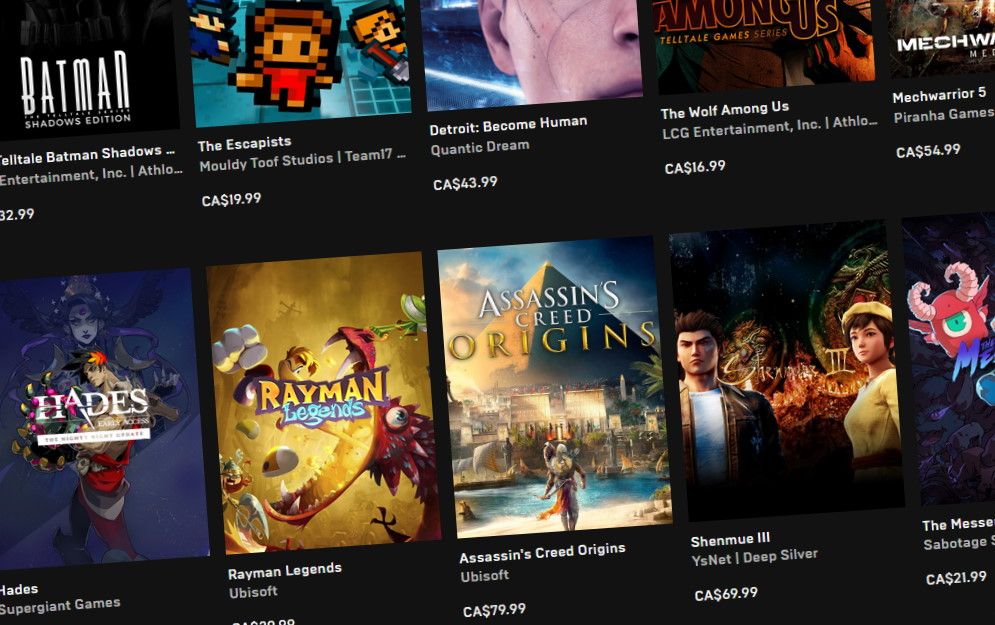 The evolution of the Epic Games Store continued today with the addition of regional currency support for Australia, Canada, Denmark, Norway, and Sweden.

The local currency support means that users in those countries—like myself, for instance—no longer have to worry about converting US dollars to our own funds, but will instead pay what’s on the screen. It simplifies and stabilizes the process, and while currency fluctuations can raise or lower the relative value of your local cash, the pricing generally works out to be close to equivalent.

Borderlands 3, for instance, is $60 US, which at this moment converts to $83.26 CDN and $91.48 AU; with regional pricing, it now sells for $80 CDN and $90 AU—basically a wash. Unsurprisingly, the pricing also matches up with local currency pricing on other storefronts including Steam, Origin, and GOG.

With that taken care of, the Epic Games Store roadmap now indicates that a “Trending” storefront category, mod support, self-service refunds, offline sign-ins, add-on content discovery, and achievements are all “up next,” although no dates are attached to any of it. It also recently implemented a temporary requirement to have two-factor authentication enabled in order to claim its weekly free games.