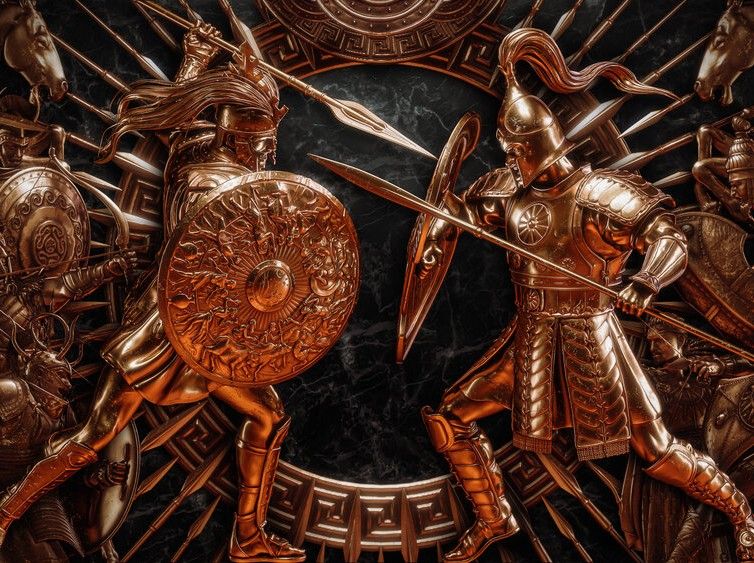 This is your once-in-a-lifetime chance to bag a brand new gaming PC custom-built by a system-modding legend to ensure no other human being on the planet will ever have a machine quite like yours. Thanks to a joint effort between The PC Gaming Show, Intel, and Creative Assembly, we’re bringing you the opportunity to win a beautiful 10-core Intel Comet Lake-based machine, with a custom water-cooling loop also chilling the fastest gaming GPU around, the Nvidia RTX 2080 Ti, all backed up by a spectacular 128GB of lightning-fast memory.

This Hellenic build is inspired by A Total War Saga: TROY, and you can have a chance of winning it in The PC Gaming Show 2020 Sweepstakes powered by Intel which kicks off at 10 AM Eastern on May 18. The closing date for entries is July 3, 2020, and Intel will be picking one lucky winner in a random draw on July 10.

Master-craftsman, Brian “Boddaker” Carter is the man responsible for our custom machine. With a background in hot-rods and muscle cars, Carter has created stunning PCs for some of the biggest PC manufacturers around and is a regular feature on the modding scene. Actually ‘modding’ might be underselling what Carter does with his bespoke builds, often picking the original chassis apart and remaking them from the ground up to fit his theme.

The PC Gaming Show itself will return on Saturday, June 6 at 3 PM Eastern / 12 PM Pacific, with a raft of exclusive announcements and gameplay footage from dozens of games.