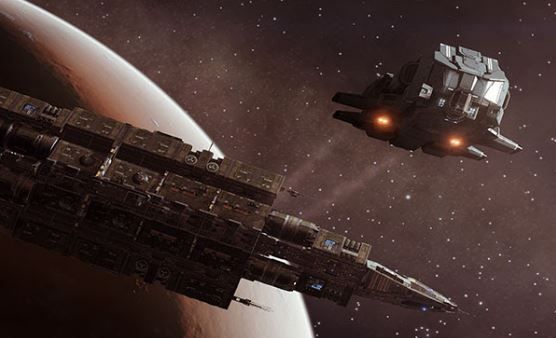 The fleet carriers are individually owned ships that contain 16 landing pads—eight large, four medium, and four small—and have a jump range of 500 light-years. These jumps are fuelled by Tritium, a resource that can be mined from asteroids or bought from starsports.

These downside to these megaships is their cost: five billion credits for the base model. On top of that, fleet carriers will need up-to-date regular maintenance, otherwise owners will start to incur debts. If you get into a pile of debt, your fleet carrier will be in danger of being decommissioned, although Frontier says that there will be ways to reduce their running costs.

In anticipation of the beta launch, Frontier has released a new trailer which you can view above. And in a livestream from earlier today, Frontier showcased more footage of fleet carrier play, including how to buy, maintain, and efficiently capitalise on them. You can watch a repeat of the stream here.

The first Fleet Carriers beta will launch on April 7, with a second, final beta arriving in May. The full release will be sometime in June.