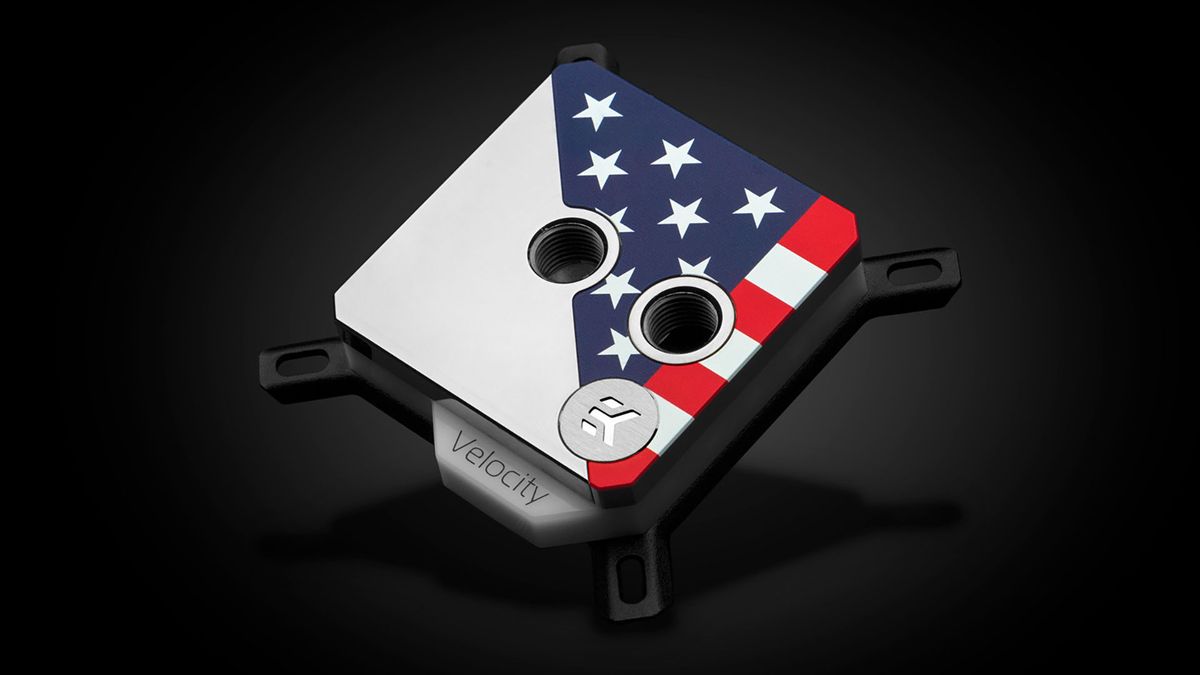 EK, maker of custom liquid-cooled PCs and components, is releasing a limited edition of its Velocity CPU water block in honor of this past Memorial Day Weekend. Fit with red, white, and blue flag motif, the star-spangled EK-Quantum Velocity Honor is a fitting center-piece to any custom-loop. And the best bit? For every block sold, $100 will be donated to charity.

The money raised will be donated to Shellback Tech, a charity that aims to donate two custom gaming/streaming PCs a month to disabled veterans and first responders. You can read more about the charity and its mission over on Facebook.

The EK-Quantum Velocity Honor comes in two versions: one compatible with the AMD AM4 socket, and the other ready for LGA 1155, 1156, 1150, 1151, 2011, 2011-3, 2066, and LGA 1200 (for Intel Comet Lake and confirmed on the product page). Both feature RGB lighting around the circumference of the block, compatible with Asus Aura Sync, RGB Fusion, RGB Mystic Light, and ASRock Polychrome Sync.

The block itself is manufactured from a solid piece of nickel-plated brass, and the flag design is printed atop an aluminum top plate. The cold plate itself is made of copper, and included in the box is a tube of Thermal Grizzly Hydronaut for optimal contact between it and the IHS for peak thermal performance. It accepts two G1/4 threaded connections, and you’ll also want to ensure you’re not mixing metals elsewhere in your loop before purchasing.

The EK-Quantum Velocity Honor will be start shipping on or shortly after May 28, 2020, and is priced at $250. That’s a rather hefty premium over the standard Velocity CPU blocks, which range from $80 to $150, but don’t forget $100 of that will be donated to a good cause.

Only 200 of the EK-Quantum Velocity Honor will be made. That’s 100 of each socket version. So don’t wait around if you’re a fan of this stars and stripes design.