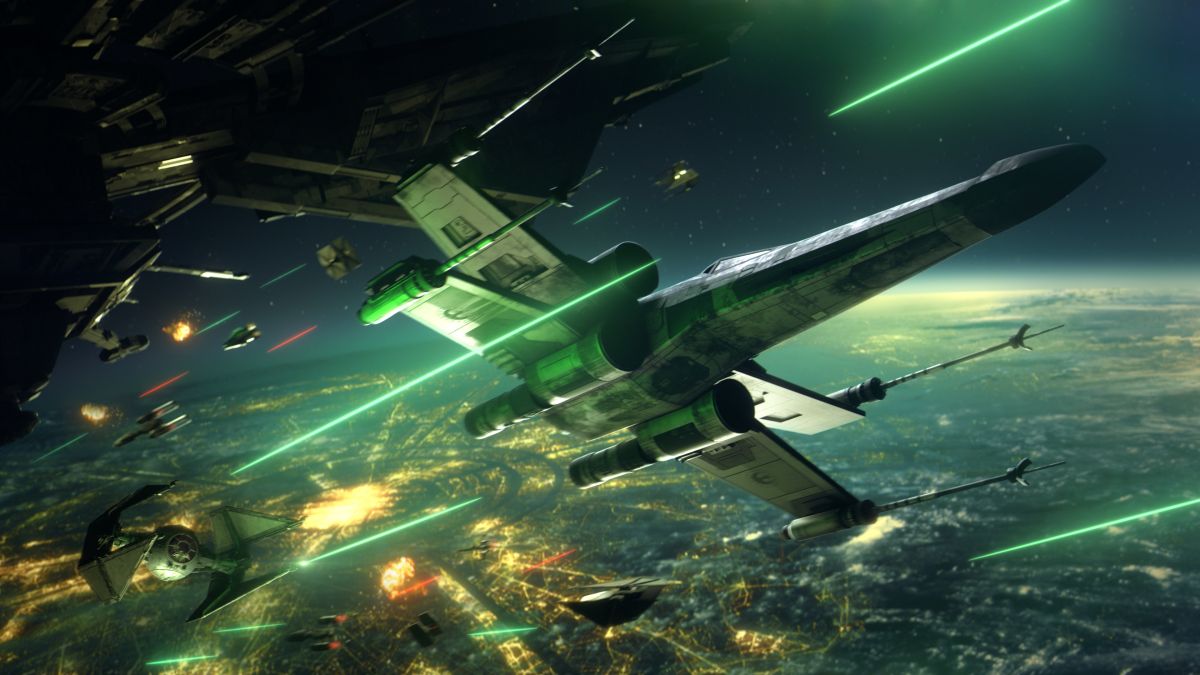 Star Wars: Squadrons could signal the return of good Star Wars flight sims, or at least we hope so. Based on the first trailer and a dressed up look at gameplay, we know it looks nice, what with those chunky ship dashboards and flashy maneuvers. The promise of full VR support and complete compatibility with HOTAS setups piques PC gamers’ interest even more. But how does it actually play?

Based on a Polygon interview with Star Wars: Squadrons creative director Ian Frazier, we finally have some idea. Read on to find out how you’ll be shunting power to and fro, where Squadrons pulls its flight models from, and what it’s like to design interesting combat around an established universe.

Squadrons won’t have a leading reticle either, which grounds it in something closer to a WWII dogfighter. Frazier explains: “We wanted you to look at the ships and stay in the environment, and we felt like the moment we added a leading radical it started to become more of the UI game and less the Star Wars pilot game” However, the color of the aiming reticle will change to signal when a properly aimed shot will hit.

But that terrestrial feeling is just a starting point: “Okay, how do we use things like power management to take that World War II sort of base, but then amp it? What does the accelerated version of that look like?” Let’s dig in.

Ship power systems with are split between shields, lasers, and engines. More power in lasers makes them recharge faster for a higher rate of fire, power to engines increases speed and makes turning sharper, and power to shields—which are directional, front and back—gives your ship a faster recharging damage buffer in the chosen direction.

But as an added layer, you’ll get bonuses for keeping each system fully powered. Overcharging the engine builds up an extra bit of boost you can use to get out of a rough situation, or to pull of a wild drift maneuver. Cut the boost midstream and you’ll be able to spin around rapidly to change direction or get some shots off at your pursuer. I’m into it.

Overcharging lasers grants extra damage for a short time, while overcharging shields grants you a second layer of protection for a bit. Frazier says these overcharging abilities are there to break the “death loop” problems dogfighting games often have. “They’re chasing you, you’re chasing them, and you can never escape.”

Some ships don’t have shields, though, and in their place have a special power conversion ability, allowing pilots to, according to Frazier, “rapidly reroute power from engine to lasers or vice versa.” However, that rapid power conversion comes at a cost. If you transfer all powers from engine to lasers, your ship will go dead for a few seconds. Similarly, if you transfer all power from lasers to engines, you won’t be able to shoot for a bit.

It’s a risky tradeoff that might require a twitchier pilot, but according to Frazier, “…it can really help those ships, like TIE fighters that don’t have shields, they can kind of do things you don’t expect and get out of a jam when they need to.”

Ship modifications are going to play a huge part in Squadrons’ combat depth, and Frazier says they’re not just shallow stat buffs: “We don’t just have, you know, ‘My lasers do 5% more damage!’ No, it’s chunky stuff — even for the passives — that make a real difference.”

He gives an example with the channeled laser mod, a constant beam you can see firing from a TIE Bomber in the trailer. Frazier says it’s available to both factions—for all ships or just the bomber classes isn’t clear—and “…inspired by the beam on the Blade Wing in Star Wars Rebels, where they took the hyperdrive out of the prototype B-Wing in order to have that crazy, charged laser.”

For an idea of what else to expect from mods, turn to the Star Wars X-Wing miniature game, from which Frazier says the team drew inspiration, at least from a “conceptual standpoint”. Don’t expect one-to-one translations from minis to ship mods.

“How do you balance the New Republic and the Empire?” Frazier also addresses designing within the established lore of the Star Wars universe, which only grows more complex and contentious each passing year. When asked how much wiggle room the team was allowed to ensure fun, competitive design, Frazier says they’re staying faithful, but playing with the negative space.

Most of Squadron’s creative freedom comes from where it’s placed in the timeline. Frazier says since Squadrons takes place after the Return of the Jedi, it’s assumed each faction is tinkering around with new technology after the Rebels kicked the Empire’s ass when it was least expected. Suddenly the Rebels are feeling empowered and chasing that momentum, while the Empire is on the back foot—that each side would play with new technologies, the kind of stuff that Frazier says we’ll see as ship modifications in Squadrons, isn’t far-fetched at all. Return of the Jedi-era technology is just the baseline.

I’m curious to see whether coloring within Disney’s lines allows for the creative freedom to make a truly great space flight sim, but I think we’ll need to play with the full breadth of ships and mods to understand what kind of game it is. It won’t be long, lucky for us lapsed TIE Fighter fans. Star Wars: Squadrons releases on October 2.