Dr Disrespect responds to speculation: ‘We didn’t do anything to warrant a ban’ 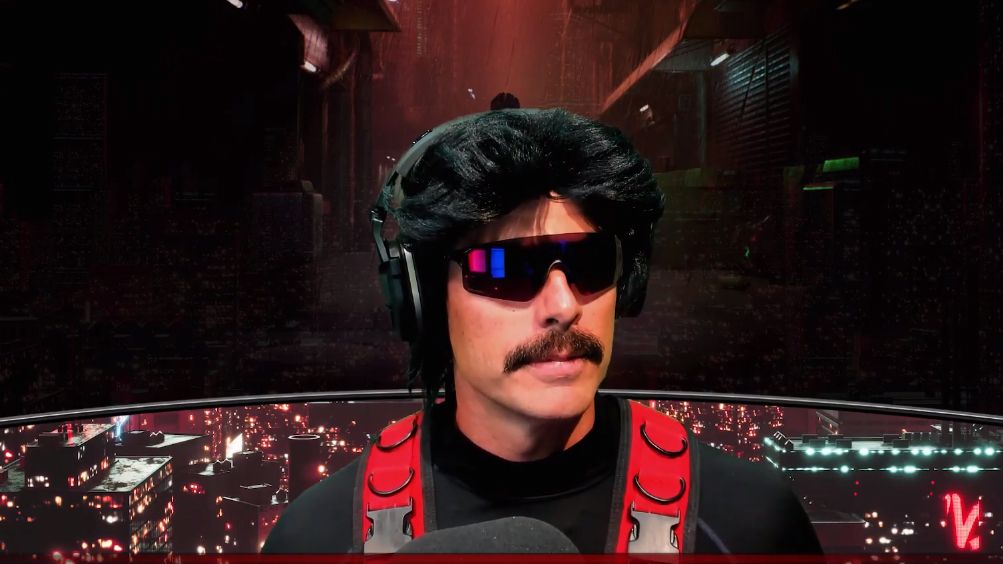 Dr Disrespect was one of Twitch’s most popular streamers before he was permanently banned from the platform at the end of June. Guy Beahm, the man behind the Dr Disrespect character, has maintained that he doesn’t know the reason for the ban, and that Twitch won’t tell him. In an interview with PC Gamer last month, he said that Twitch’s actions were “mind blowing” to him.

During his return stream on YouTube today, Beahm again stated that he doesn’t know the reason for his Twitch ban, this time in character as Dr Disrespect. Ironically, he seemed more forthcoming while speaking in character:

“As far as I’m concerned, we didn’t do anything to warrant a ban, let alone how they went about banning us,” he said. “No communication before. No reaching out. Nothing. Boom. Done.”

As for the people who say he’s lying, they’re “phonies.”

“There’s people in the community that are anxious for an answer, and so what that does, it creates a level of urgency and speculation,” said Dr Disrespect. “And I think it’s just a fucking cockroach approach, period. Last thing I’m going to say about it, and I have to be intelligent about all this … I mean, there’s big money involved, so let the legal professionals do what they need to do. That’s it. Period. My conscience? I feel so good.

Despite Dr Disrespect’s apparent ignorance over the cause of his ban, some have claimed to know the exact reason for it, including esports insider Rod “Slasher” Breslau, who said when it happened that he’s keeping quiet due to the “importance and sensitivity around the subject.”

The ban came at the same time as Twitch was cleaning house of streamers who’d been accused of sexual misconduct and abuse, but there is no evidence that Beahm’s ban had to do with similar allegations. Even so, the timing, and Breslau’s claim that it involved sensitive material, contributed to speculation about the ban.

Due to Beahm’s history of controversy, beginning in 2017 when he confessed to cheating on his wife and then worked the situation into a character moment for Dr Disrespect, curiosity over the ban isn’t likely to go away until the facts are out there, if they ever do come out.

It’s possible that Twitch’s decision was influenced by behavior that’s already known. After E3 last year, Beahm apologized for taking things too far by livestreaming in a public bathroom. He’s defended his use of gibberish to mock Asian languages, and has shared debunked COVID-19 conspiracy theories on stream.

For now, the reason for Twitch’s ban remains a mystery, but we do know that it’s a permanent ban which ended a multi-year exclusivity deal Beahm signed with Twitch back in March. Going forward, Dr Disrespect will be streaming on YouTube, Facebook, and his own website, ChampionsClub.gg. He currently does not have an exclusivity contract with any platform.