Doom has been ported to Playdate, the handheld with a crank controller 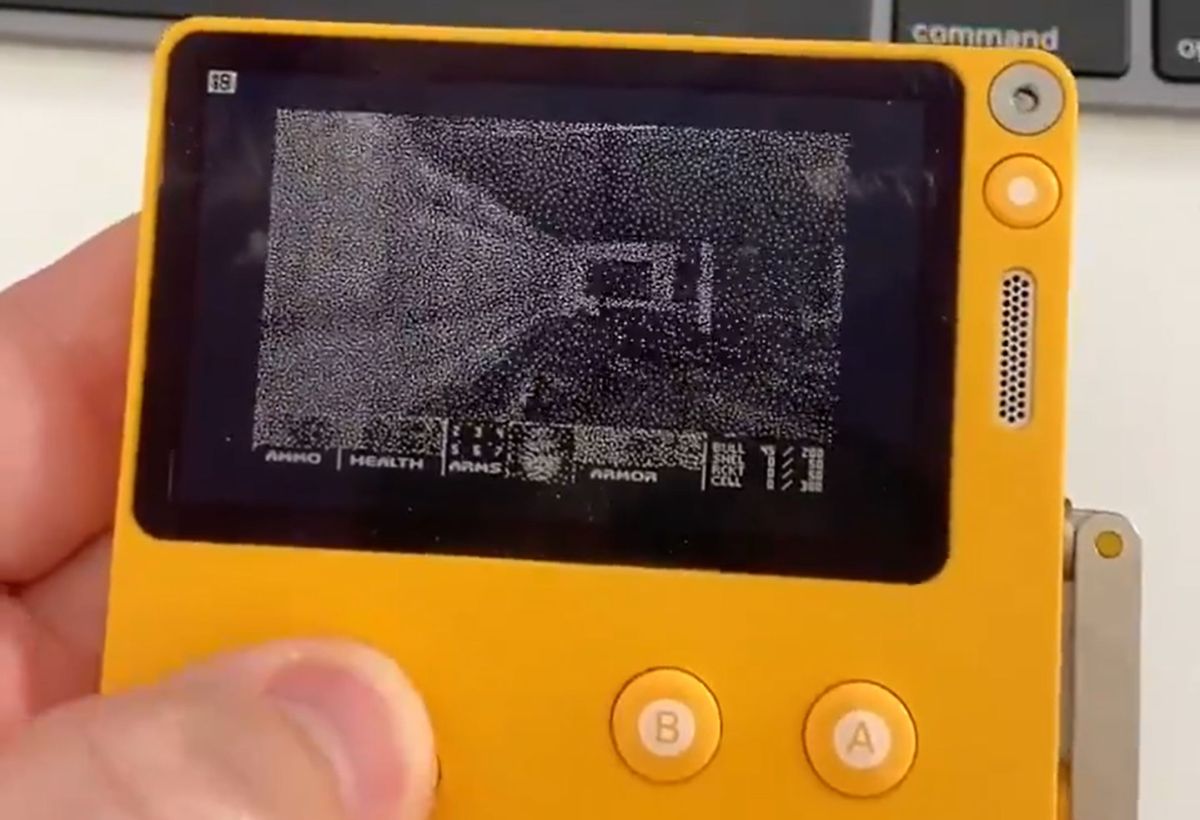 Playdate is a forthcoming handheld console with a crank controller. Sure, it has a D-pad and at least two other buttons, but the most important thing about it is that it has a crank. Oh, and you can play Doom on it, too.

Game developer Nic Magnier posted footage of his port on Twitter earlier this week. The game doesn’t look like it’s well-suited to the device, which has a monochrome screen and, again, a crank. But it’s never really mattered whether Doom is actually fun on any device, what matters is that the device can run it. You can play Doom on a printer, an oscilloscope, an ATM, and inside Doom itself, so playing it on a console with a crank isn’t that weird.

First playable version of Doom on the Playdate. Still very early but I guess I will cross out “Port Doom” from my bucket list. My main inspiration was @fabynou Game Engine Black Book. pic.twitter.com/Qy21oTYkvfMay 31, 2020

As you’ll see in the video embedded above, the crank isn’t actually used in this version of the port. On Twitter, Magnier said this port is just the “first iteration” and that perhaps in the future, the crank could be used to turn. Later, he posted a gif of the crank being used to fire the gatling gun.

Playdate isn’t actually available to purchase yet, though it’s still scheduled for a 2020 release. Chris had some good suggestions for Playdate-friendly games.