Doom Eternal’s official soundtrack wasn’t mixed by its composer, and you can tell 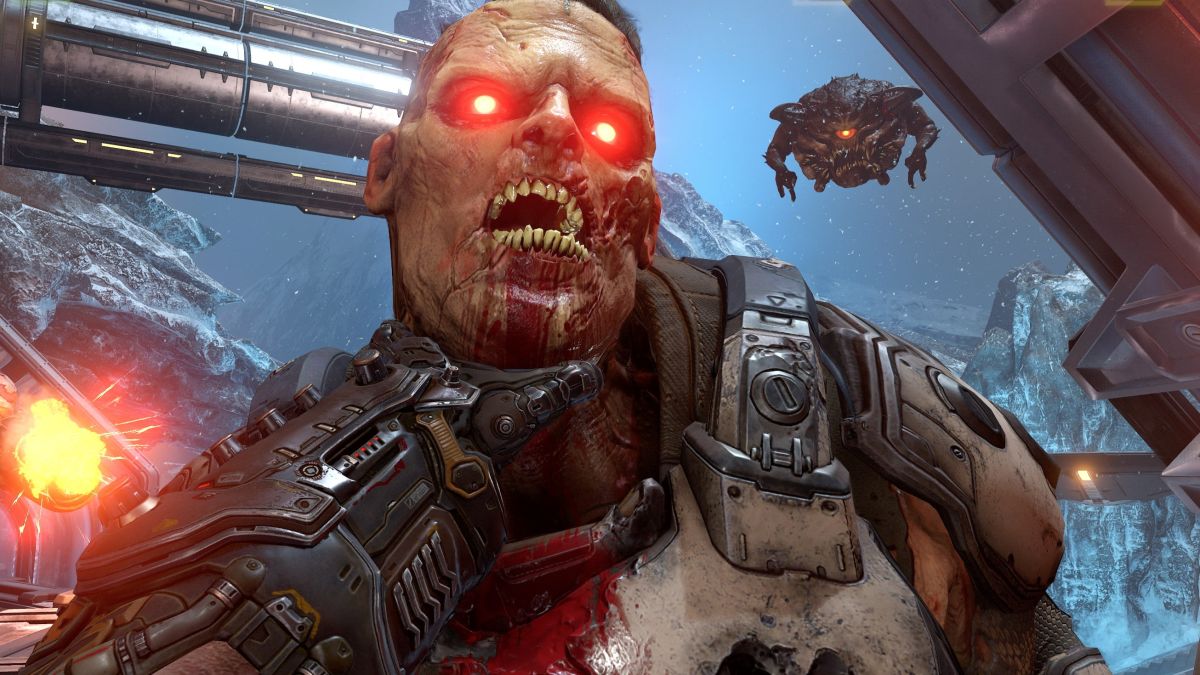 Doom Eternal is quite the looker, if you’re a fan of heavy metal hellscapes, but its your ears that get the biggest treat. Composer Mick Gordon’s monster of a soundtrack is the perfect accompaniment to all the demonic carnage, but there’s something not quite right about the newly released OST.

If you’ve been listening to the soundtrack and trying to figure out why it sounds off compared to its predecessor, audio blogger thatACDCguy has broken down what’s changed in a Twitter thread.

Comparing BFG Division from Doom (2016) with the Doom Eternal version, they found some notable differences in the track’s wavelengths. Take a look below.

Here’s a comparison between the original BFG Division from Doom 2016’s official soundtrack (left) vs. the BFG 2020 remix on Eternal’s soundtrack from today (right).Notice how the wavelengths in BFG 2020 form a nearly perfectly straight bar vs. the original with more definition pic.twitter.com/TCJRdOe1YfApril 19, 2020

The audiophile goes on to explain that the new version features less dynamic range between instruments, resulting in smoother wavelengths and making the instruments all compete for your ears’ attention. It’s still a killer OST, even on Spotify where the quality has been reduced, but it’s perhaps not all it could have been.

Gordon responded, offering an explanation: he didn’t mix that track. Apparently the composer mixed a “small handful” of them, which haven’t been compressed.

I didn’t mix those and wouldn’t have done that. You’ll be able to spot the small handful of tracks I mixed (Meathook, Command and Control, etc…)April 19, 2020

He doesn’t sound too impressed, suggesting that he wasn’t involved in the decision. Following this, a fan allegedly reached out to the composer on Instagram, which they shared on Reddit, asking if he’d work with id on future Dooms. “Doubt we’ll work together again,” he said.

I reached out to Gordon to get more details on the mix and his relationship with id and Bethesda.

“I take a lot of pride in my work,” Gordon told me. “It’s all I do, it’s all I have and I pour my heart and soul into it.” He added that he’s still trying to understand the situation himself and has no further comments at this time.

As well as composing Doom and Doom Eternal’s soundtracks, Gordon was behind the music of both modern Wolfensteins, along with a long list of other games, so hopefully this won’t put him off delighting (and terrifying) our ears in the future.