Doom Eternal: The Ancient Gods teaser turns up at QuakeCon 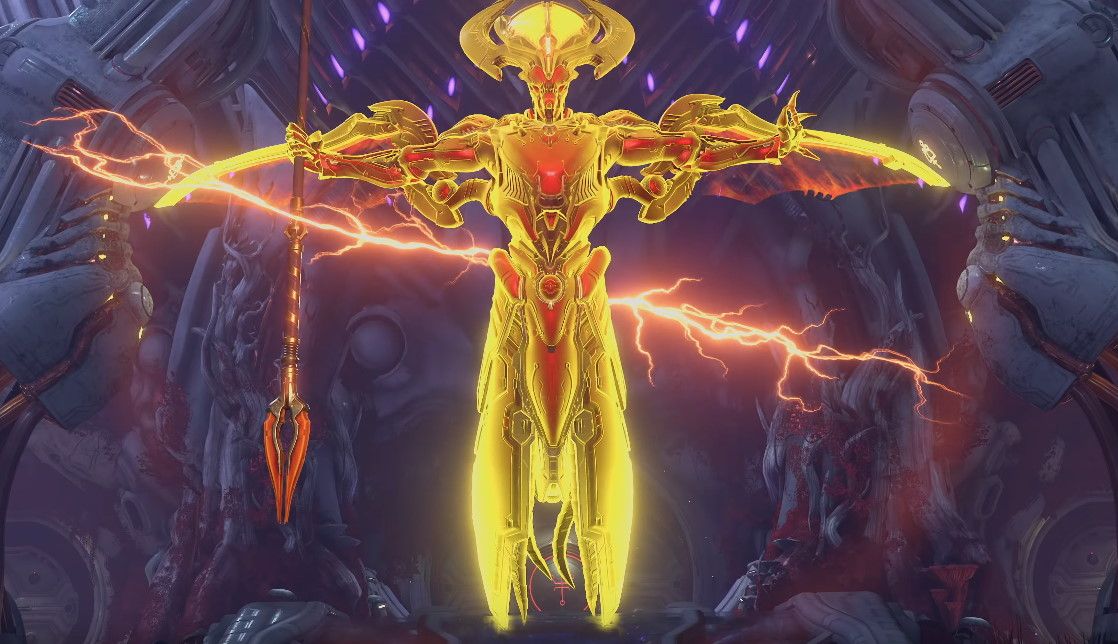 Have you ever wondered if it’s possible to kick too much ass? The answer, apparently, is “yes.” Bethesda dropped the first teaser for the upcoming Doom Eternal expansion today at QuakeCon, and it turns out that your antics as the ultimate apex predator went a little overboard, and made a mess of the entire cosmos.

The Ancient Gods Part One, as the expansion is formally called, carries on after the events of Doom Eternal, when we learn that everyone who warned the Doomslayer that he shouldn’t keep messing around with super-cosmic forces beyond his ken were sort of right.

“Hell was ripped, Heaven was torn, and the Slayer’s legend grew,” creative director Hugo Martin explained during the Welcome to QuakeCon presentation. “Your rampage of destruction saved humanity from extinction, but it came at a cost. Now there’s an imbalance of power in the heavens, and the true ruler of the Doom universe must rise to set things right. It’s all very cool, very comic-book.”

I have a feeling that the solution to this problem will be a continuation of the ripping and the tearing that caused it in the first place, but I guess we’ll have to wait and see. (No, of course we won’t. Blood, gore, and intense violence is definitely on the menu here.)

A release date for The Ancient Gods Part One wasn’t announced, but hopefully we’ll get that when the full trailer is revealed during Gamescom 2020’s Opening Night Live event, which begins at 11 am PT/2 pm ET on August 27.