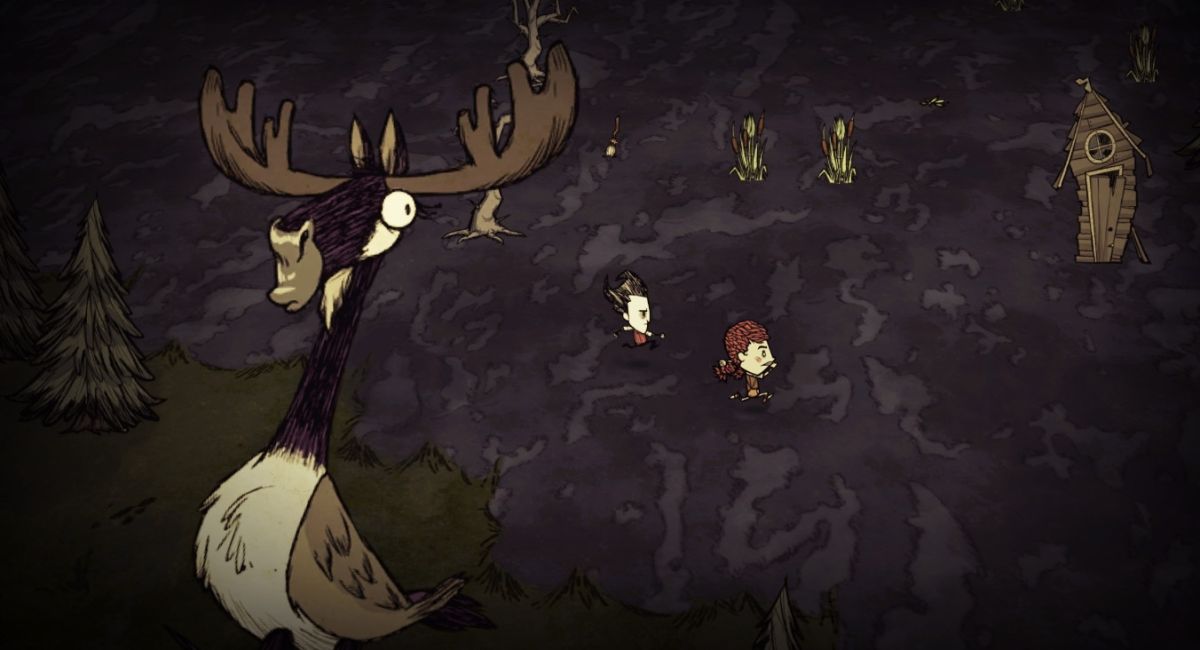 Klei’s Don’t Starve Together is getting a new playable character next week, as Walter and his… dog?… Woby take to the Constant.

Walter’s big selling point is his incredible psychological fortitude. He won’t lose any sanity unless he is damaged. Once he is below 100 percent HP, though, his sanity will gradually decrease. As a scout, he can also build a portable tent to provide shelter, and he is a lot faster when cooking over a fire than other characters. He can also tell stories at campfires to restore sanity to his fellow survivors, which seems like the opposite of what telling camp stories is for to me, but whatever. He’s got a dog!

Woby is Walter’s dog-crab-thing. While she isn’t any good in a fight, when fed monster meat she will transform into a larger form that can be ridden by Walter. She’s also a walking container, and Walter can store items in her as and when he needs to.

Walter and Woby will be added to the game in a free update on June 15.