Don’t Slay the Spire, defend it! This mod turns you evil so you can fight the invading heroes 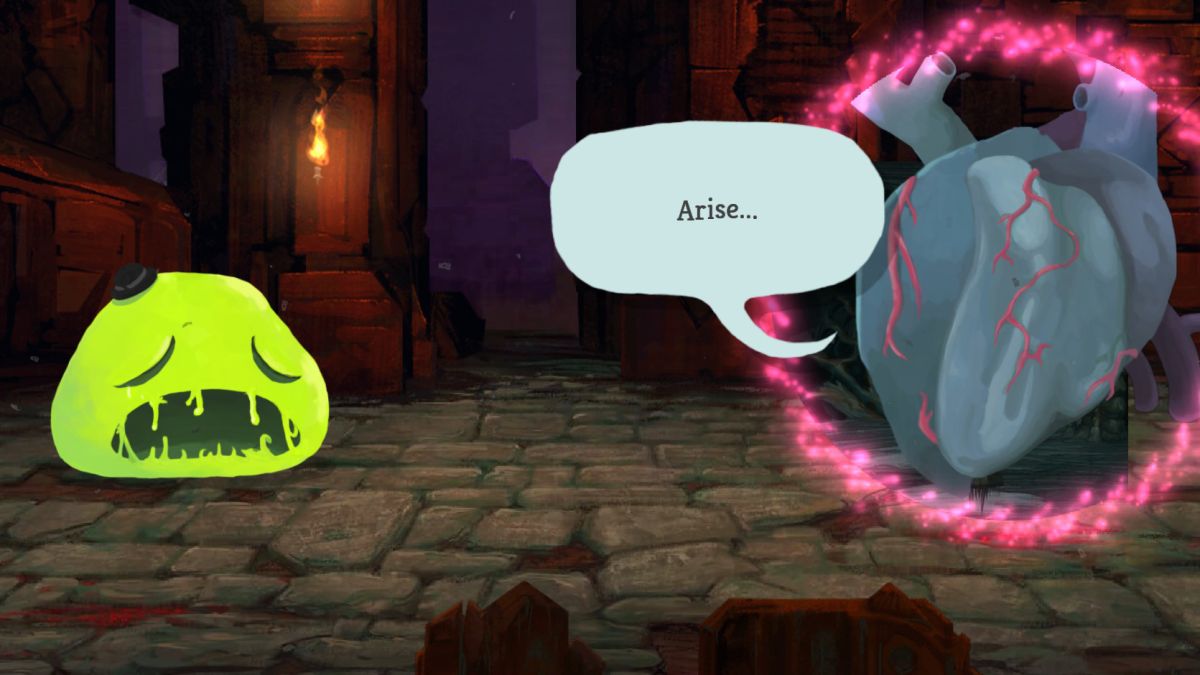 Instead of fighting your way to the top of the Spire to slay it, how about starting at the top and fighting your way down to protect it from invaders? That’s the idea behind the Slay the Spire: Downfall mod, which lets you align with the Corrupt Heart and destroy the do-gooder heroes trying to destroy it.

Slimes and Sneks and other monsters have been modded into playable characters in Slay The Spire before, but in Downfall’s new mode you’re actually on the side of evil. The Heart is the one who awakens you and sends you on a trip down the Spire to defend it. Check out the mod’s trailer above.

Many of the monsters you’ll face as you fight your way down will be the same enemies as in standard mode, but there are plenty of new twists. The Merchant, for example, won’t sell you anything but will immediately fight you. I played a few rounds this morning and managed to do enough damage to the Merchant to send him fleeing, after which the Heart itself reappeared and sold me some new cards and items in exchange for the souls I’d gathered. Thanks, Corrupt Heart! You’re not such a bad guy after all.

As you play Downfall mode you’ll unlock new playable characters like the Guardian, Hexaghost, and Snecko, and you’ll face the various Slay the Spire heroes like the Ironclad, Claw Defect, and Watcher at the end of each level as bosses. There’s lots more included in the Downfall mod, like tons of new cards, relics, events, and potions that can be used in standard mode, too. You can even unlock new monster skins while you play. Check out and subscribe to the Downfall mod here on its Steam Workshop page.