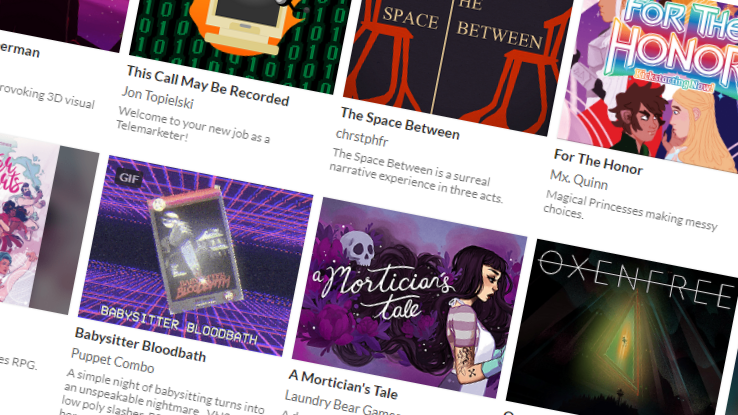 Hello! Would you like 742 games for $5? That’s a rhetorical question because of course you do.

In what is perhaps the best deal in the history of indie games, itch.io has organized the Bundle for Racial Justice and Equality. It’s a $5 minimum donation for 742 items from 564 distinct creators, which is a lot of games.

The contents run the gamut from quirky experiments and in-development games to fully released, critically-acclaimed indies. It includes both PC games and tabletop games in digital format, which you can play on your PC. The proceeds from the bundle will go to the NAACP Legal Defense and Educational Fund and the Community Bail Fund in support of the anti-racist, anti-police brutality protests calling for justice around the world today.

There are a few games in here that I’d recommend at $5 each, let alone at $5 for all of them. Indie darlings like Night in the Woods, Minit, Oxenfree, and last year’s A Short Hike are all here. Recently-released grim reaper simulator Death and Taxes is here. There are more that I’d put in the same pile: A Mortician’s Tale, Overland, Super Hexagon, Verdant Skies, The Night Fisherman, and Dorfromantik, Beacon, Quadrilateral Cowboy.

In the tabletop RPG department, you’ll get great mileage out of Mausritter, Lancer, Blades in the Dark, and Troika. All four of those games are well-suited to online play via virtual tabletops.

There are enough good games here that you could play for the rest of the year. You can find the Bundle for Racial Justice and Equality on itch.io.