Does an impossible Slay the Spire seed exist? This player’s doing the math 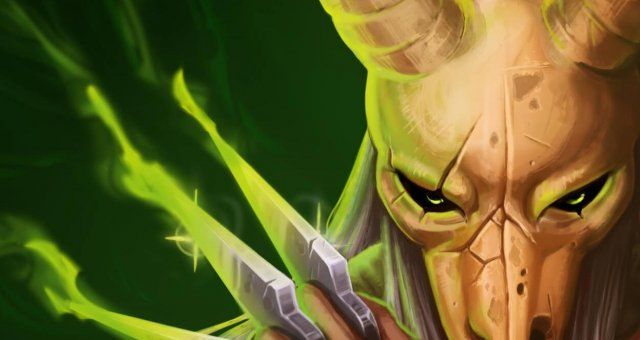 Slay the Spire is a deck building roguelike that starts off hard and gets even harder. A seemingly good start can quickly unravel as a result of a few careless choices, but is every seed actually winnable? Slay the Spire modder Forgotten Arbiter has been trying to find the answer to that question over the last couple of years. His research—which you can read in his detailed blog post—has proven that impossible seeds are incredibly tricky to find, even when concentrating on a single class.

While Forgotten Arbiter is yet to find an impossible seed, he’s put a lot of work into creating mods that may find the answer one day. What’s interesting is that this wasn’t his initial intention for his tool, SeedSearch, which was originally crafted to find seeds for speedrunning.

“One thing I was a little bit worried about with the SeedSearch tool is it’s a very effective tool for cheating,” he said in our interview. Imagine a tool that allows you to type in the seed you’re currently playing to reveal some of the things you may encounter in that run, including relics and bosses.

Following a discussion surrounding the Silent’s inability to defeat Elite enemy Lagavulin on Ascension 20 with a basic deck, though, Forgotten Arbiter became intrigued by the idea of an impossible seed. Adapting SeedSearch to look for parameters that guaranteed the Lagavulin fight on floor 6, he began sifting through the results in hopes of discovering an impossible seed.

“I just started messing around with that and the tool would give me some seeds and then I would try and play them and see how difficult they were,” he recalled. But searching and manually testing each seed is a laborious task for one person. Even tweaking the search parameters proved to be a balancing act of receiving either too many, or too fewer results. To put it into perspective, Forgotten Arbiter outlined that if he “constrained it to have no potions and no damage cards I think at that point you’d have less than one in a few hundred million seeds.”

While searching for an impossible seed, Forgotten Arbiter challenged the Slay the Spire community to test out some of the more difficult seeds he’d discovered. Even after finding what he describes in his article as “the most difficult seed ever found,” hardcore players still managed to beat the Corrupt Heart—the final boss in the game. Not only is this an impressive feat for highly-skilled players, it speaks volumes about the depth and intricacies of developer Mega Crit Games’ design in Slay the Spire.

After chatting about the time he’s invested so far, I asked Forgotten Arbiter if he’s eager to continue the search for an impossible seed. It seems as though the process is never-ending. “Well I guess the end is when I finally find a seed that nobody can beat,” he said. “I think it’s definitely a possibility that I’ll try again later when I feel willing to spend the time and resources again. Searching through a couple billion seeds takes up a lot of computer resources”.

Despite Slay the Spire being the “perfect game” for Forgotten Arbiter, it’s understandable that continuing to test tricky seeds may not be the most enjoyable way to spend his time long-term—not to mention the electricity bills that follow. Finding exceedingly difficult seeds are few and far between, he explained. “I think the really hard one was in the first five hundred million seeds. Then I searched another two billion seeds, at least, and there wasn’t anything that was as hard as that seed, so it’s definitely a little bit discouraging at that point.”

Pushing the impossible seed notion aside for now, Forgotten Arbiter has already released SeedSearch as a mod on GitHub so that other players can use it. He’s sure that the tool could be used to answer plenty of other interesting questions about Slay the Spire. For example, “you can ask, how often am I going to get a copy of a rare card before the Act One boss, if I maximise Elite fights in Act One?” The tool is versatile and complex in that it can work using very specific limitations.

Forgotten Arbiter is also interested in picking up where he left off with a project that concentrates on Slay the Spire AI. “The idea there would be to develop some sort of artificial intelligence that can learn how to play at least some subset of the game of Slay the Spire just by playing, so without any human gameplay programmed in.” While he may be shifting his attention away from the impossible seed for a while, his focus is still very much on Slay the Spire.

As a fan who’s currently struggling to defeat Slay the Spire’s final-final boss with each class, learning that my countless failed attempts are entirely my fault is a harsh, but strangely encouraging realisation. Coming away from a successful run, it’s easy to attribute a portion of the victory to luck. However, learning that an impossible seed hasn’t even been found yet is a strong reminder that the conditions aren’t unwinnable, my decision making is just poor.