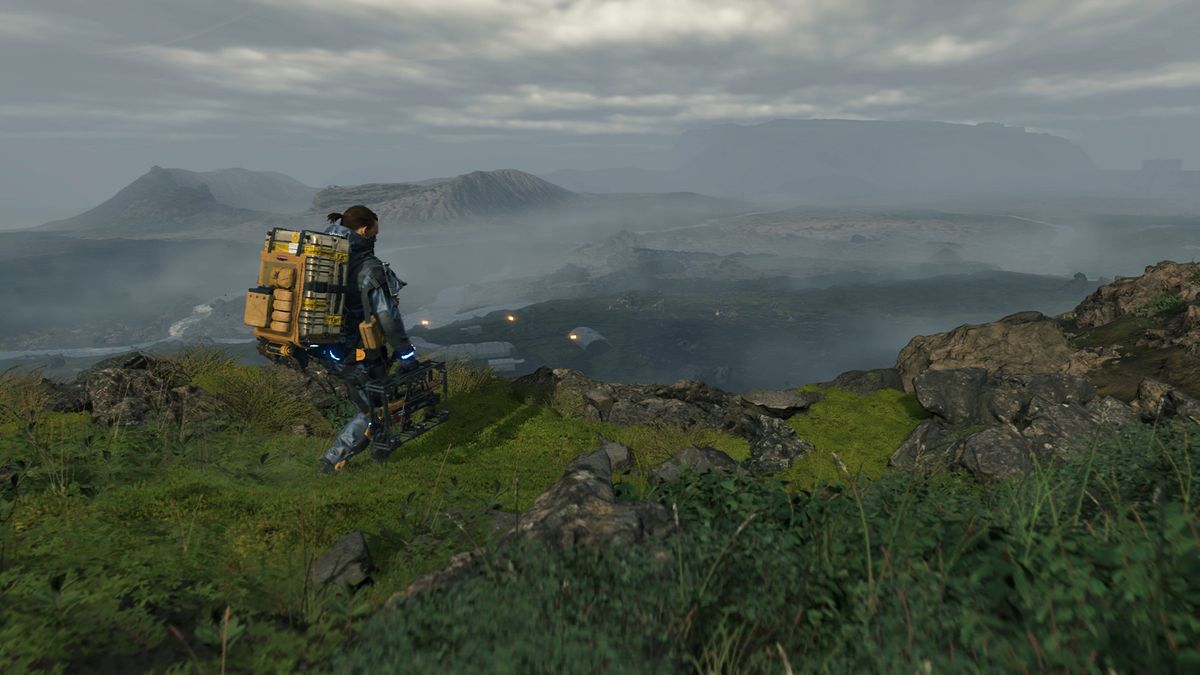 Death Stranding is coming to PC, and when it arrives it will be fully DLSS 2.0 compatible. That means that the latest game out of Hideo Kojima’s post-Metal Gear studio will be able to offer upscaled resolutions courtesy of Nvidia RTX silicon—and with extreme effectiveness, it would seem.

You can read Andy’s Death Stranding PC impressions right now, but if you’re already familiar with the title and just can’t wait to play it on PC at high fidelity, we’ve got good news. According to an Nvidia press release, and backed up by preliminary data gathered by Jarred over at Tom’s Hardware, Death Stranding was able to run at over 60fps at 4K on any RTX 20-series graphics card.

Even the entry-level RTX 2060 is capable of running at 77fps with DLSS performance mode enabled, Tom’s reports. So it’s not even a case of being close to the 4K60—it’s smashing it.

“Death Stranding already has the reputation of being a visual stunner,” Akio Sakamoto, CTO of Kojima Productions, says, “but Nvidia DLSS 2.0 helps make the PC debut something special. The extra performance Nvidia DLSS 2.0 delivers in Death Stranding allows gamers to unlock the vast graphical potential of the PC platform by increasing the graphics settings and resolution, delivering on the vision we have for the game.”

It’s worth noting that 4K60 was achieved using DLSS performance mode, and that this can produce slightly less accurate results when compared to Quality mode. Nonetheless, as Walton notes, the lack of intense AA on the DLSS scene tends to offer a slightly sharper image when in use, at least when compared to TAA (Temporal Anti-Aliasing).

This release could be a big win for Nvidia’s GeForce feature, which we already found to be a huge improvement on DLSS 1.0 across Control and Wolfenstein: Youngblood.

AMD is yet to offer an alternative to Nvidia’s AI-augmented upscaling, beyond its non-AI adaptive upscaling FidelityFX implementation, and it appears as though Nvidia is making the most of its lead in onboard AI silicon. How long until a red team rebuttal, we’ll have to wait and see until Big Navi and RDNA 2.0 later this year. We’re also expecting more to come from the green team on this front with future Nvidia Ampere graphics cards.

Death Stranding will release on PC on July 14, 2020, and it might be just the ticket if you fancy a long walk after a stint indoors.