In the busiest day in Diamond Dynasty since launch, we got a wide variety of new content today. The biggest content drop was the new Spring Cleanup Program, but we also got a new Event, a fresh Headliners pack, the first roster update, a new Nike City Connect uniform, and more Topps Now players. Let’s quickly run through all the new stuff.

Sandberg has been a longstanding member of the DD family, but it’s hard to figure out whether he will stick or not in the meta year to year. With this card, I suspect he will not stick in too many lineups. His hitting splits make him fairly unique right now, which I like, but that might also spook some people. He also has 97 vision, which I also like. Still, he has no secondary positions and is only a gold defender.

Here are his ratings: 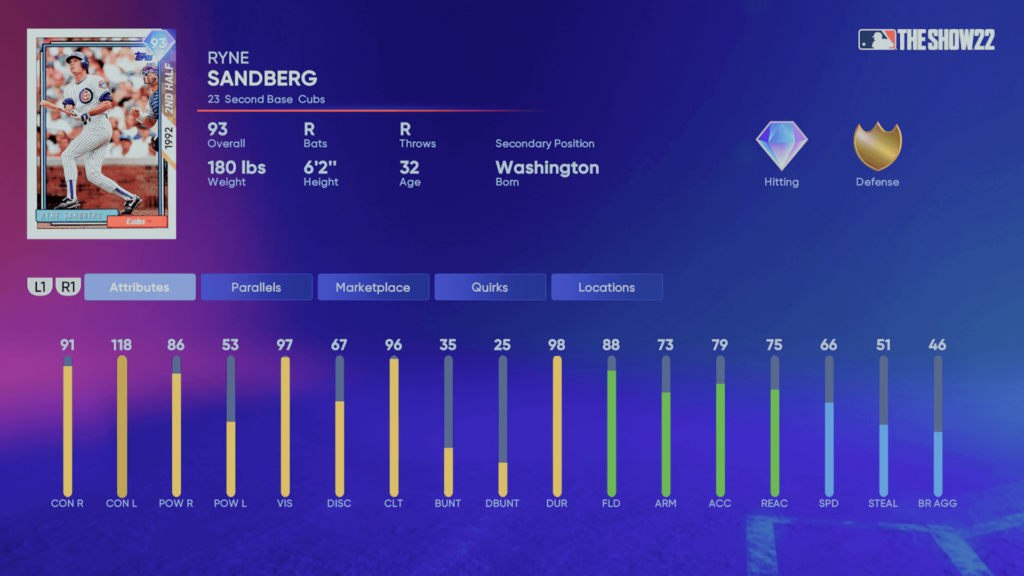 The odds on Headliners packs to pull a diamond are 1:10 (as always), albeit that diamond might not be 2nd Half Heroes Ryne Sandberg. In addition, this year you can buy one pack of the Headliners choice pack, which gives you 1:3 odds of pulling a 90+ overall diamond (and of course costs more stubs). 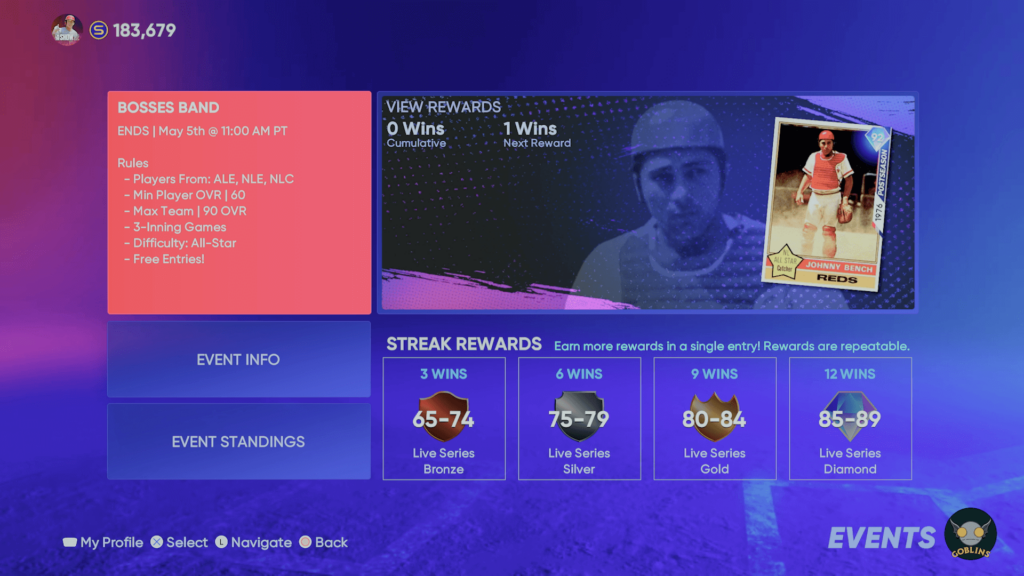 Moving past the much maligned Pitcher’s Paradise Event, we move now to the Bosses Band Event.

The event ends on May 5.

The two big player rewards are a Breakout Wade Boggs and a Postseason Johnny Bench, but we also get the re-introduction of the Rewind Events choice pack where you’ll be able to snag a player from any of the old events that you might have not wanted to do or could not do due to time constraints. 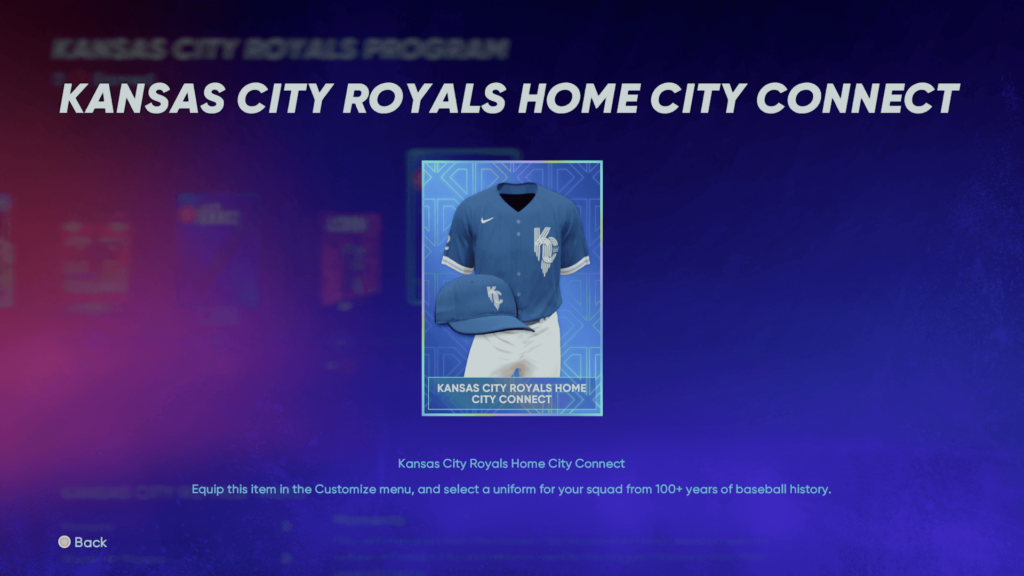 This program is listed under “Other Programs” and basically revolves around doing Parallel XP missions, exchanges, and moments with players from the Kansas City Royals. You will also get a Veteran Bret Saberhagen card when you’re close to finished with the program: 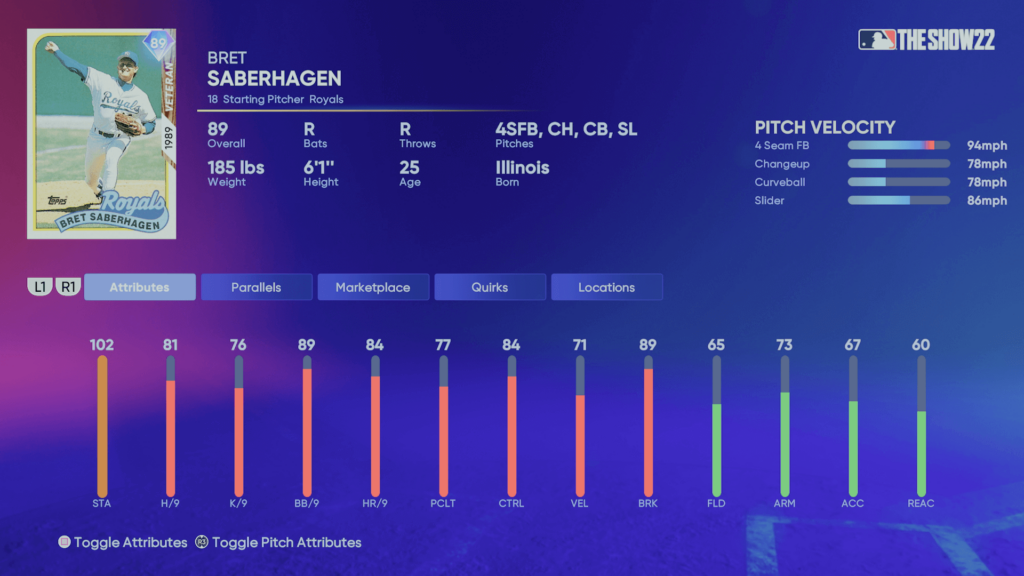 The first moment is worth 5 points, the others are worth 4 points 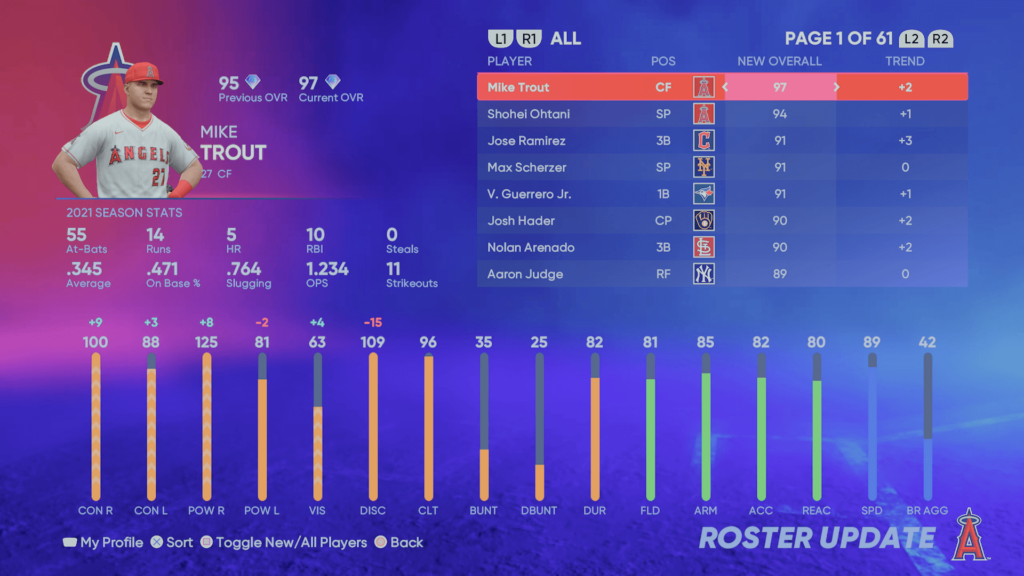 It’s always hard to predict how the first ratings update will work out, but I would say on the whole SDS was relatively aggressive with the tweaks to the ratings.