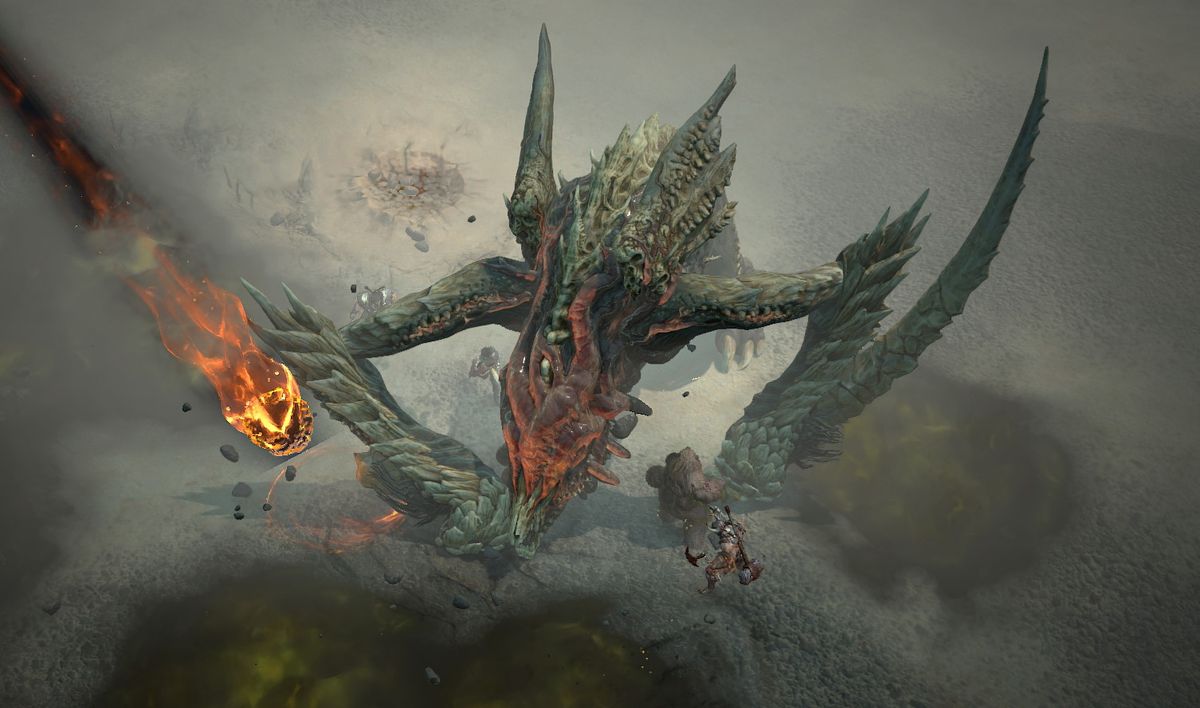 A new Diablo 4 update offers a fresh look at what’s going on with Blizzard’s upcoming demon-hunting extravaganza, which continues to make progress, and recently underwent some early playtesting, despite the “challenges” introduced by the COVID-19 pandemic. The update doesn’t include any major announcements—no release date yet—but it does reveal more about some of the game’s underlying systems, including how it’s approaching multiplayer action and some of the changes it will make in the way it tells its story.

Diablo 3 relies on “UI panes with a character’s name and portrait” for conversations with NPCs, but Diablo 4 will take a more complex approach, with both auto-generated and “manually choreographed” chatty bits.

“For simple interactions with NPCs we bring the camera in closer to the characters (while still maintaining an overall isometric feel) and use a library of animations to deliver the general gist of the conversations,” Blizzard explained. “For more complex conversations, we take a similar camera approach but here the character’s movements and animations are more deliberately hand-crafted. This lets us deliver story moments that are complex while keeping you in the world as much as possible.”

For particularly important moments in the story, Blizzard will also employ “real-time cutscenes” in which the game takes control of the camera for a more cinematic presentation. That approach will enable a more personalized experience, as your character will appear with whatever armor and weapons they have equipped, and they’ll also display at your current resolution and graphical settings.

On the multiplayer side, Blizzard said its broad goal is to include elements of shared worlds without going whole-hog into MMO territory, the idea being that if you see other player roaming around too often, the world starts to feel less dangerous.

“Dungeons and key story moments are always private—just the player and their party,” Blizzard said. “Once story moments are complete and towns turned into social hubs, you’d run into a few people in town. While on the road, you’d sometimes run into a player here and there. And then finally, if you went to a location where a world event was happening, you would see a larger congregation of players trying to defend against an attack by a cannibal horde or trying to take down Ashava, the demonic world boss we showed at BlizzCon.”

It also emphasized that “coordination is helpful,” particularly during world events, but it’s never necessary to join a party: You can wander in, help out, claim a reward, and then be on your way, if that’s how you roll. “We think this seamless approach to multiplayer is working well and look forward to sharing more about this approach with you. In our tests so far, the world feels alive and dynamic without compromising the feel of Diablo. And for players that do want to party up against the minions of Hell, we have new tools available to find a group, whether by activity or proximity in the game world.”

The update also touches on open world elements and items and progression, although it’s worth bearing in mind that none of it is carved in stone: The general sense from the playtest is that things are going well, but it’s not yet at an alpha or beta state. “We don’t typically discuss our early milestones publicly during the course of development, but we think it’s especially important to continue to share our progress during a year without a BlizzCon,” Blizzard said.

Diablo 4 was announced last year at BlizzCon, which isn’t happening this year. There was no hint of a release date target, but director Luis Barriga warned when it was announced that it wouldn’t be out soon—”not even ‘Blizzard soon’.”