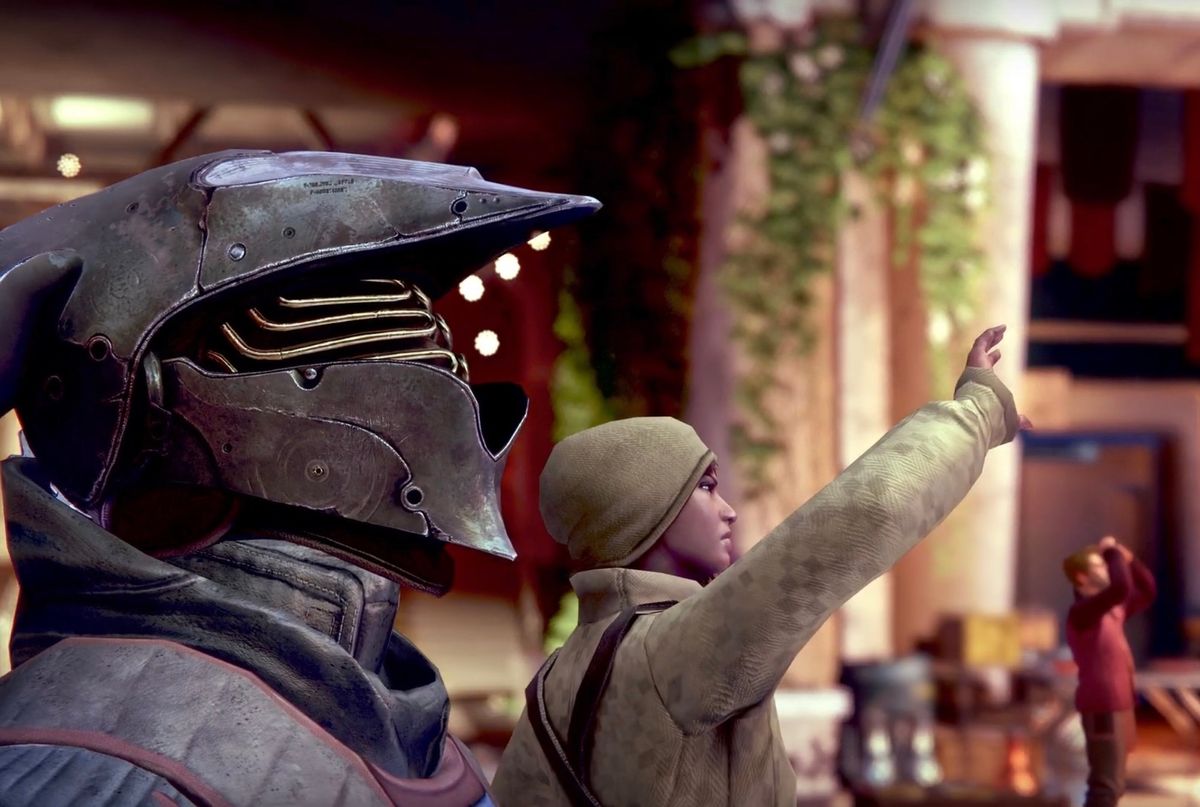 Perhaps the name should have been a clue, but it’s been a rough road for players undertaking ‘The Lie’, the questline closing out Destiny 2’s current season. For those who haven’t been following, here’s a recap: The Lie will ultimately lead to Felwinter’s Lie, a reprise of a shotgun from the original game with a set of perks that make it eye-wateringly OP for PvP.

Unfortunately, Bungie vastly overestimated players’ enthusiasm for the first step of the quest, which required 9 million completions of heroic Seraph Tower public events. Given that these were actually painful to finish with random teammates (the events occur in public instances, so it’s pot luck as to whether you’ll match anyone competent), it swiftly became clear that it would take over a month to finish the quest, taking it past the end of Season of the Worthy.

Bungie moved quickly to recalibrate the quest, making the Seraph Towers easier to beat and granting more progress for completions. The community met the target late last night, triggering the next step, which involved a visit to Vostok and some light lore. After that it was back to the grind, with a whopping 1,000 shotgun kills required because Rasputin reasons.

(Rasputin is the powerful AI ‘Warmind’ who we’re relying on to shoot an incoming alien ship out of its crash trajectory, thereby preventing it from wiping out the Last City on Earth, please keep up.)

You can rack up those kills in PvP, where each human opponent blasted will count as 6 kills. If you’d rather just leisurely shoot aliens, then the best farming spots are the Shuro Chi section of the Last Wish raid (which you can teleport to via a wish), or the ‘green room’ in the Whisper mission, which provides infinite shadow thrall to shoot for about 15 minutes.

After that, based on the data mining, we expected a story mission which would reward the shotgun. But instead players have found themselves literally locked out. The problematic step asks you to speak to Rasputin via his bunker on the moon. And sure enough, when you go to visit, there’s a marker to start ‘The Tyrant’ step over the door. However, click it, and you’re transported to the moon spawn point by Eris Morn. The quest is seemingly active, but there are no more markers or info.

Given the tricksy name of the questline, some players speculated that this could be some sort of opaque scavenger hunt. Apparently not. Bungie community manager Dylan ‘dmg04’ Gafner acknowledged that The Lie is indeed bugged.

If you’re respawned at Eris when interacting with the Lie quest node on the Moon, you’re in a bugged state.Will investigate first thing in the morning, and get you updates asap.If you’re getting through this step without issue, let us know.May 18, 2020

Given that I haven’t seen a single YouTube upload of anyone with the gun, I think it’s safe to say that everyone is affected. There is a hotfix due to deploy tomorrow, but it’s for unrelated maintenance. Optimistically, I suppose there’s a chance that the weekly Tuesday reset magically fixes things, but either way players are going to have to wait a little longer before getting their hands on the boomstick.

Predictably, some have taken to the Destiny subreddit to rail against the bugginess of the current season, but for balance I’d note that this is a complex game being made in lockdown conditions. Nonetheless, the mess that The Lie has been, following the mess that Guardian Games was, will only exacerbate the feeling that this season has been, well, a mess.

But look it another way: at least we can enjoy the precious remaining hours in Crucible before everyone owns a god roll one-hit-kill weapon. Because that’s definitely not going to cause any problems down the line, right?