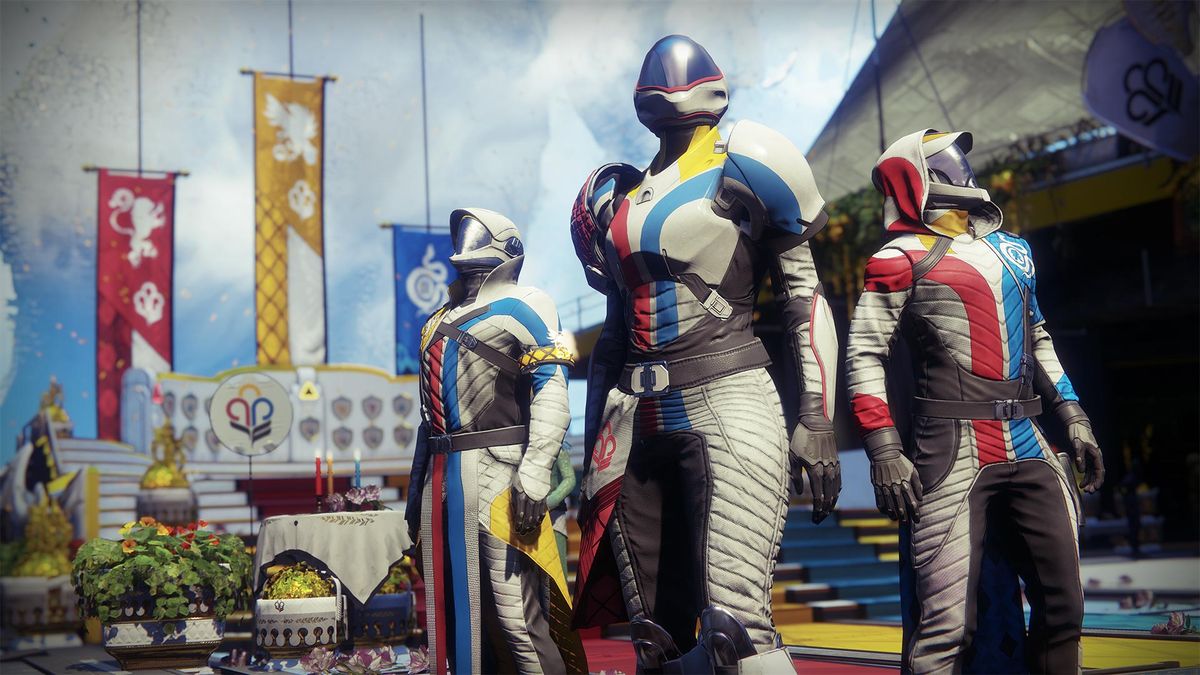 This year’s Summer Olympics have been postponed due to the coronavirus, but in the far flung future of Destiny 2 they’re about to kick off soon. OK, so the Guardian Games aren’t exactly the same as the Olympic Games—there isn’t a shot put ball or hurdle in sight—but they’re close enough.

The inaugural games will pit Destiny 2’s trio of classes against each other to determine who is the best at shooting stuff and completing daily challenges. Guardians will be able to hit up Eva and Zavala to get their challenges, and every point will contribute to your class total.

Along with bragging rights, it looks like a new exotic will be available, the Heir Apparent, along with new emotes, universal ornaments, ships and sparrows that you’ll be able to purchase at Eververse.

It wouldn’t be the Olympics without souvenirs and tat that you’ll quickly forget about as they gather dust in the attic, so Guardians will be able to unlock an exclusive Bundle Rewards Guardian Games Box that contains a bunch of flair, like some ugly flags. Once you’ve unlocked it, you’ll need to throw down some real cash and buy the box.

Free players will also be able to participate in the games, so you don’t need to own Shadowkeep to jump in when they begin next week. You’ll have three weeks, between April 21 – May 11, to compete on behalf of your class and reap the rewards.

Who will win? It could be any of them. But probably Hunters, right?