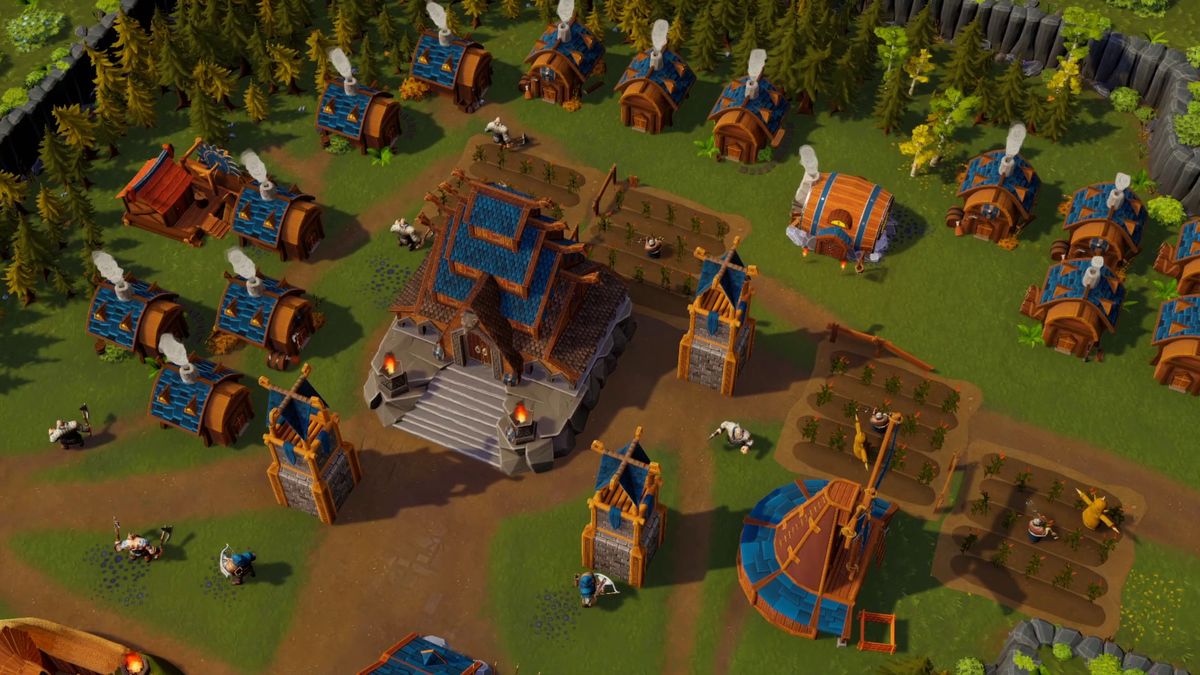 VIDEO: The DwarfHeim trailer from the PC Gaming Show. Also on YouTube.

DwarfHeim is an RTS. An RTS! I’d like to say things are an RTS more often these days, but DwarfHeim’s co-op take on the genre might just fill the void on its own for now. Whether it’s any fun is another mystery, but now we can give it a go ourselves: a singleplayer demo is now live, announced at this year’s PC Gaming Show.

But since the real draw is the co-op mode, DwarfHeim’s upcoming multiplayer beta is going to be the place to be if you want to see its potential fully realized. Sign-ups are now open, so head over to the official DwarfHeim Discord channel and throw your bristly dwarven beard in the ring. The beta will kick off pretty soon too, running from June 19 through June 21.

Pineleaf Studio put out a new trailer to accompany the news—watch it up top—and it does a nice job showing off what sets DwarfHeim apart from the typical RTS. The topsoil settlements strongly evoke Age of Empires, but then the mining footage kicks in and suddenly DwarfHeim does a pretty good Factorio impression.

Juggling those distinct management and building styles alone would be pretty daunting, but with a few co-op buds I can imagine splitting up the duties would make things go much smoother. I can also imagine that once a horde of trolls starts beating at the gates, all that good planning will go to hell. DwarfHeim is really going to test some friendships.

There’s no hard release date quite yet, but DwarfHeim is still set for release this fall.