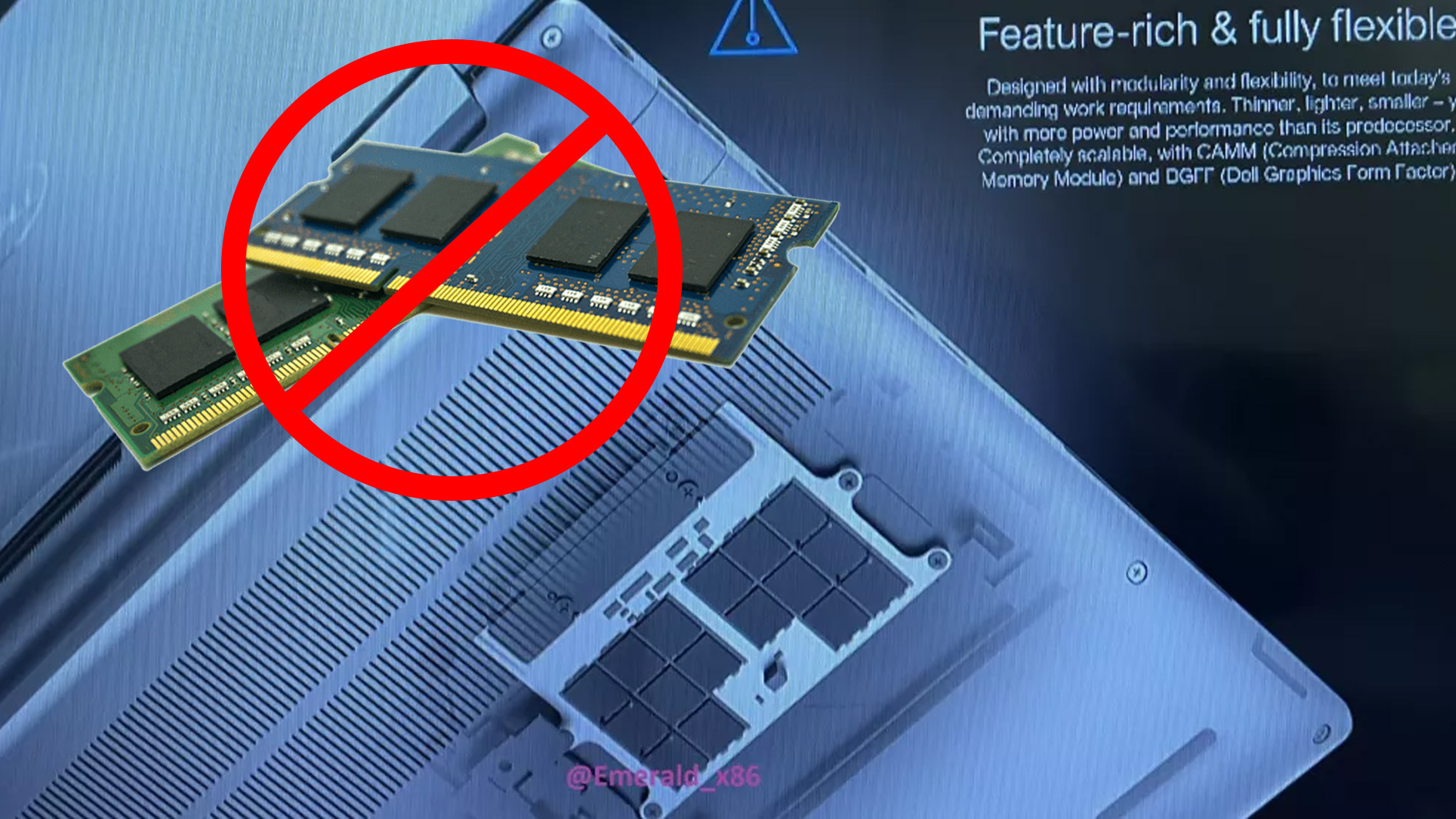 PC building generally speaking relies on the idea that most parts are compatible and generic. There are some restrictions when it comes to parts working together, but in a broad sense things are fairly interchangeable.

This is thanks to things like widely accepted and commonly used port types and connections. It helps ensure consumers have choice in the more granular steps of building a PC, which in turn spurs competition.

Sometimes, companies go the proprietary route, creating their own unique tech that only works with other specifically made stuff. Often this can lead to a strong ecosystem of particular products working together, like Apple. However, it can also lock users into a brand, drive up costs, and just limit options, like Apple.

It was recently noted by Twitter user iGPU Extremist (via Tom’s Hardware) that Dell appears to be going the proprietary route on some of its new laptops. They shared images of the upcoming Precision 7670 laptop that shows off unique looking replacement for typical DDR5 memory.

More up to date? not at the moment. Don’t think these have been published yet though pic.twitter.com/PtsmBrHIKrApril 16, 2022

Dell has named this memory Compression Attached Memory Module or CAMM, and it uses a different form factor than the typical generic DDR5 RAM.

There are reasons for the move, aside from money. This single piece of RAM is looking to replace two SO-DIMM memory slots and looks to save a fair amount of space. It’s likely helped the company to make a smaller lighter weight laptop than before, but it’s also locked users into its new CAMM system. So no doubt money is a fairly big factor.

When purchasing laptops or prebuilt computers, it’s common to be able to choose the tier of RAM installed into your machine. Buying a cheaper laptop and upgrading the RAM later down the line is often a great way to help extend the life of a machine. While these options will likely be available for the Precision 7670 laptop, Dell will get to call the shots on price.

For people who like to buy a laptop and leave it sealed, this likely won’t make a difference. In fact, they may benefit from the integration of proprietary systems. For all we know this new form factor could be the next step for generic laptop RAM formats too, if Dell has opened its designs up to other tech companies. Smaller lighter laptops and portable gaming to seem to be the trend for 2022, so why not RAM as well?