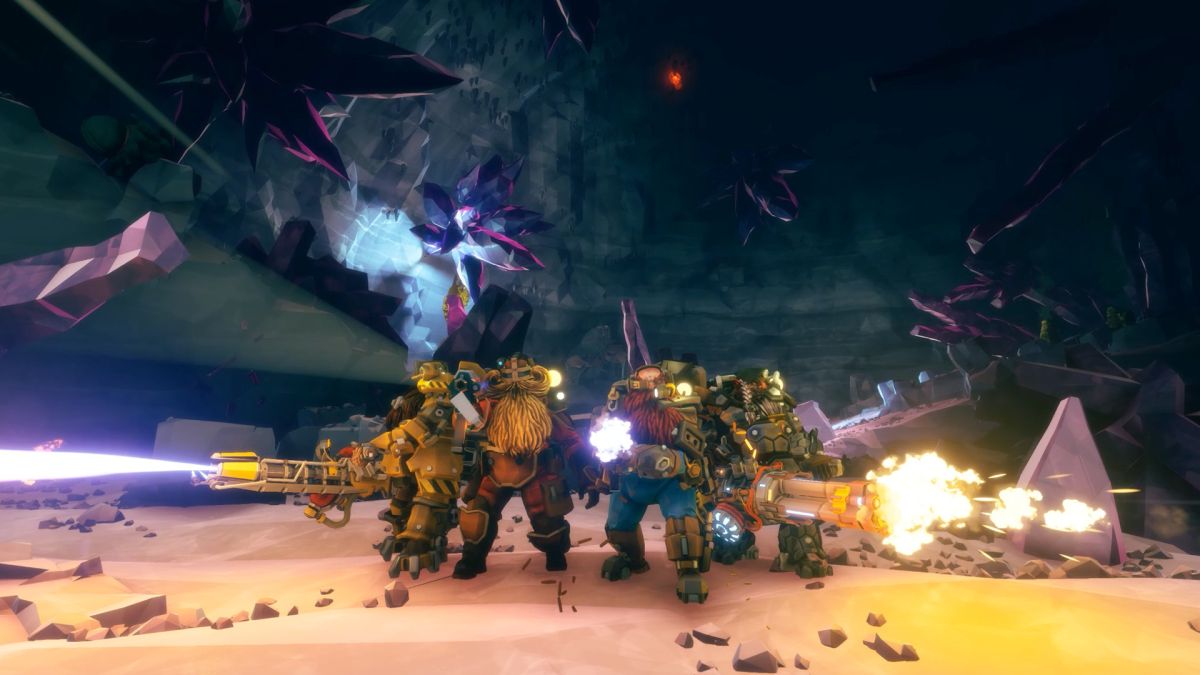 After two years, the stumpy co-op shooter Deep Rock Galactic is getting ready to dig itself out of Early Access. The procedurally-generated dwarf romp will be dropping the pre-release tag and going into full launch on May 13.

I find it difficult to enjoy any game with dwarves because they invariably have bad Scottish accents that make me cringe, but when James took a look back at the start of Early Access he reckoned it already had a solid foundation.

“I’m a big fan of games that fill themselves with hands-off systems and let their big bag of dice spill over, the faith left with the players and basic means of interaction to make the best of it. If all your target minerals are on the ceiling of a massive, cavernous room where the floor is a minefield of magma-spewing bulbs, the walls are coated with poison-belching monsters, and the leftover space is filling with tanky space bugs—well, tough luck. Living to tell the tale is the reward. Failing might sting, but still makes for a story.”

Since then it’s seen a slew of updates featuring new missions, weapons, perks, and even beard physics, and it’s apparently attracted over a million players, all risking life and limb in the mines.

When it launches on May 13, miners will also be able to pick up two cosmetic DLC packs with new weapon skins and armour. They’re not in the store yet, but keep your peepers open for them next month.