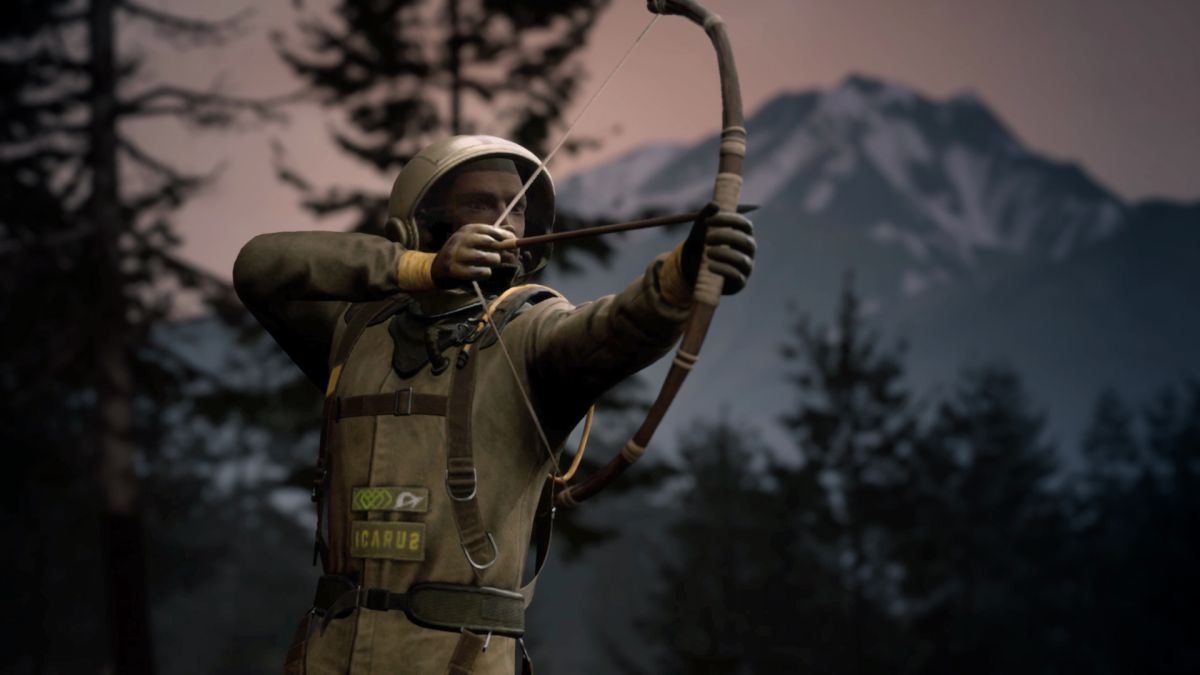 Today on The PC Gaming Show, Dean Hall announced Icarus, an upcoming free-to-play survival game from Rocketwerkz. Icarus sounds like another big and ambitious survival game—back in April, Hall described it on Twitter as “massive”—as players rocket down from an orbiting space station to gather resources and survive on a hostile alien world.

Naturally, some PC gamers might be a bit skeptical about another big and complex survival game announcement from Hall, who left Bohemia Interactive years before DayZ was completed and whose space survival game Ion, announced with a trailer in 2015, never actually materialized. On our show, Hall talked about Ion, why he left Bohemia Interactive, and how the development of Icarus represents a different situation than his earlier survival projects.

“And it’s really been a bit of  a struggle for me to develop not only [Rocketwerkz] but myself as well. There was a whole bunch of things I had to learn. I had to learn many of those things through failure.”

VIDEO: Watch the full reveal and Dean Hall interview from the PC Gaming Show above. Also on YouTube.

The solution, Hall said, was to make sure Icarus “wasn’t just a Dean Hall game” but a game developed by a team of skilled creators. “And we’ve managed to assemble, I think, definitely one of the best teams I’ve ever worked with.” This includes Brian Hicks, former creative director of DayZ, who joined RocketWerkz in April. “This is the one,” Hall told us he said to Hicks in a phone call to convince him to visit, and then join, Rocketwerkz.

One contributing factor to DayZ’s delay in development was that it was originally built in an engine not well-suited for it. Hall is confident that won’t be an issue with Icarus, which is being built in the Unreal Engine.

“Really, Icarus, for us, has been about doing a game exactly how the engine is designed for it, keeping it within technological constraints, and making sure that every step of the way we’re doing things that basically have already been done, and just putting them together in unique way,” said Hall.

As for Ion: “It was all a CGI trailer,” said Hall. “Which was very expensive, I might add.”

The trailer for Icarus, however, is taken from the game itself which is already in a playable state. “We feel very confident with where we’re at,” said Hall. “We can play it. Our playtests have been fantastic, and I think that’s really representative of not only my growth but the strength of the team we put behind it.”