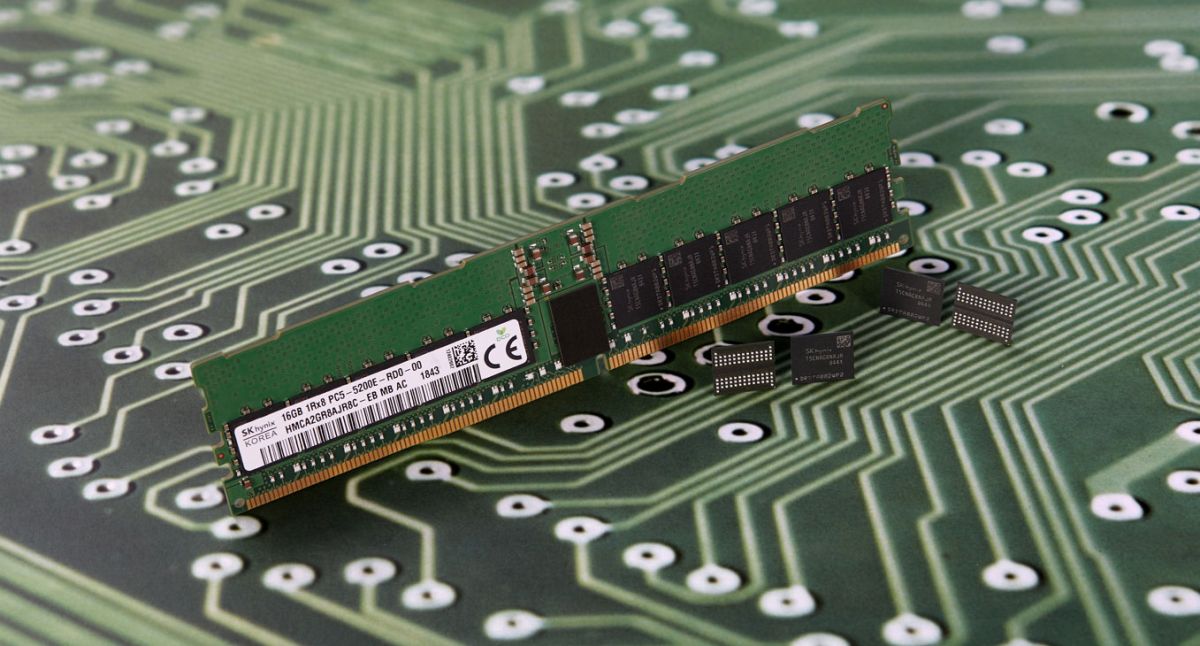 Faster PC memory kits are coming, and perhaps even sooner than you think. Whether you can actually use them when they arrive, however, will depend in large part on how long it takes AMD and Intel to flesh out platforms supporting DDR5 RAM. In the meantime, SK Hynix announced it will be mass producing DDR5 memory this year.

Part of why this is interesting is because JEDEC, the industry group that outlines standards for memory, has not yet finalized the specifications for DDR5. Or at least it has not published them.

Be that as it may, SK Hynix covered a handful of technical details in a blog post aiming to show how DDR5 memory will lead the way “in the near future.” The primary benefit is higher bandwidth to keep today’s multi-core CPUs fed.

“The number of CPU cores has dramatically increased to deliver higher throughput, from only 4 cores to even 64 cores for servers, and it is expected to increase continuously. As the number of cores increases, the demands on memory bandwidth are also increasing. To this end, we are preparing DDR5 that supports more than twice the DDR4’s 3200Mbps,” SK Hynix explains.

SK Hynix said its goal was to achieve more than 4,800Mbps. To put that into perspective, most mainstream DDR4 memory kits range from 2,666Mbps to 3,400Mbps (or thereabouts). And at the top end, the fastest memory kit on the market is a crazy expensive 16GB (2x8GB) Corsair Vengeance LPX DDR4-5000 kit, priced at $939.99 on Newegg. Totally not worth it.

DDR5 will essentially normalize higher bandwidth kits. SK Hynix also hinted at producing DDR5-8400 memory kits at some point, with a chart outlining what I presume are preliminary JEDEC specifications. Have a look:

Beyond the raw speed that DDR5 will offer, SK Hynix’s blog post digs into the technical advantages it offers over DDR4, if you’re comfortable wading into the technobabble side of the memory pool. For example, the memory chip maker highlights a feature called Same Bank Refresh that will benefit DDR5.

“DDR4 cannot perform other operations while refreshing, so it cannot be accessed from the system during refresh timing. However, DDR5 adopted Same Bank Refresh function, allowing the system to access other banks when certain banks are operating, thus improving memory access availability,” SK Hynix explains.

As we wrote about last year, RAM speed and capacity matter for gaming, to an extent. At present, AMD Ryzen builds benefit more from higher bandwidth kits than Intel PCs. It’s not yet clear what kind of gains will be had on next-generation platforms that support DDR5, because they do not exist yet.

As it relates to that, IDC anticipates DDR5 to account for 22 percent of the total DRAM market in 2021, and 43 percent in 2022. So realistically, even though DDR5 is arriving soon, DDR5 memory kits may not find their way into gaming PCs in a meaningful way for another couple of years.